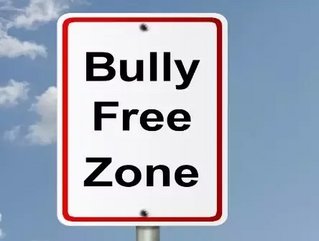 "Cyber bullying is going to be a major issue for beyondblue over the next 12 months because we're just getting so many more reports," said beyondblue chief executive Kate Carnell.

Defined by ReachOut as any type of bullying or harassment done using technology, a paper released last March by the Commission for Children and Young People and Child Guardian organisation in Brisbane, Queensland revealed that nearly 20 per cent of young people (aged 16-17) have reported instances of cyberbullying.

"Unfortunately, cyberbullying, including through social media services such as Twitter and Facebook is a growing social problem,” said Paul Fletcher, Chair of the Federal Coalition's online safety working group.

Fortunately, Twitter’s likely move to Australia will provide cyberbully victims with an outlet for assistance.

Opposition Leader Tony Abbott berated Facebook back in November for its “hand-off” approach to cyberbullying when he proposed a Coalition “watchdog” plan that would monitor inappropriate postings on social media platforms and provide parents with a ‘point of contact’ to have such postings removed.

"Once upon a time you left bullying behind at the school gate. Now thanks to cyberspace, bullying can follow you home," Abbott told The Australian.

"This [proposed legislation] is about trying to ensure that our kids are safe online, as safe online as they should be everywhere else ... The thing about the new online world is that it is anonymous, it is permanent and it is everywhere and that's why protection is very, very significant."