Toyota extends AFL sponsorship through to 2023 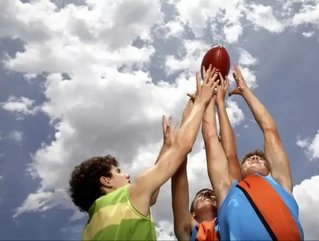 Japanese automotive giant Toyota has announced the extension of its sponsorship deal with the Australian Football League (AFL) which will now run until the end of the 2023 season.

In its press release, Toyota Australia noted that this will bring the partnership to 20 years, and that the new agreement would benefit development of the sport at every level from local club to elite national competition.

British newspaper the Guardian said that the deal is worth AU$18.5mn a deal and that it is reportedly the most lucrative Australian sports sponsorship ever.

"Toyota Australia, and our network of 279 dealers across Australia, is proud to be a continuing part of the AFL family,” said Wayne Gabriel, Chief Marketing Officer of Toyota Australia, in the firm’s press release. "Through this partnership, we are committed to growing this great game on both a national and grassroots level to help footy players regardless of whether it's in front of thousands of fans or parents cheering from the sidelines.

"We see this partnership as strengthening the synergy between our great brands, because Toyota and the AFL are both built on a foundation of passion, dedication and inspiring progress," he said.

"Our partnership started in 2004 and over that time the contribution Toyota has made to footy, not only to the elite game, but at a community level is nothing short of amazing.”