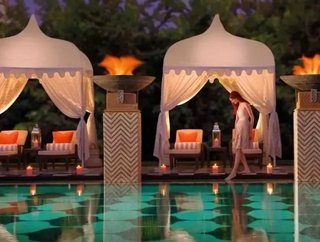 Gangtey Lodge is located in the Himalayan kingdom of Bhutan, which only became open to tourists in 1974. The Gangtey valley, after which the hotel is named, is renowned for being home to endangered black necked cranes that spend the winter there. The 12-roomed hotel is modelled after a Bhutanese farmhouse, and is intended to blend in naturally with the surroundings. Travel and Leisure placed it 26th worldwide

The first of two Indian hotels appearing on this list (the only country appearing twice), the Oberoi is located in Mumbai on the western coast of India. Possessing six bars and restaurants as well as a spa, swimming pool and fitness centre, the hotel is also close to some of Mumbai’s most famous landmarks such as The Gateway of India, a 26m tall archway built to commemorate a 1911 visit from King George V.

Located on Australia’s third-largest island, Kangaroo Island, Southern Ocean Lodge overlooks the rugged Southern Ocean coastline. Named for the western grey kangaroo which lives there,  the island also features an array of creatures such as fur seals, koalas, sea lions and ospreys. The lodge is flanked by a number of national parks, including Flinders Chase and Cape Bouguer. Ranked 21st worldwide by Travel and Leisure, the hotel has also secured a five-star rating on TripAdvisor.

Six Senses Yao Noi is an island resort on the eastern side of Ko Yao Noi island. Looking out over Phang Nga Bay, elevated sea view villas look over the ocean, while mountain view villas look out over a plantation of rubber trees. Sights include the limestone pinnacles of Phang Nga Bay. Ranked 14th worldwide by Travel and Leisure, the resort scored 9.4 on Booking.com. The peak season is between December and May.

Turtle Island is a private island spread over 500 acres in Fiji’s Yasawa Islands group. It possesses only 14 villas with a private beach for each, and is consequently highly exclusive. Each guest is provided with a personal concierge for their entire time on the island, and facilities include a spa, bars and restaurants and land and water activities. Ranked 12th worldwide by Travel and Leisure, the island has a five-star rating on TripAdvisor.

Rosewood Hotel Group was founded in Hong Kong in 2005. The Beijing branch of the hotel is located in the centre of China’s capital, and touts its authentic Chinese hospitality as a selling point. Chinese artworks are located in both the communal and private areas of the 283-room hotel. Featuring six restaurants, a spa, swimming pool, gym and yoga studio, the hotel also claims to have the most landscaped outdoor space of any Beijing luxury hotel.

Located in Indonesia’s Bali province, the Mulia hotel features 111 beachfront suites across a 1km stretch of beach in Nusa Dua, an area in southern Bali known for a concentration of five-star resorts. Personal butler services are available, alongside a Jacuzzi in every suite. With an infinity pool and five swimming pools, the Mulia also includes some 10 eateries and bars. The Mulia was ranked seventh worldwide by Travel and Leisure.

Emerald Bay, Vietnam’s top ranked hotel, is located on Phú Qu%u1ED1c island. Featuring a spa, fitness centre and pool, the resort was ranked 6th worldwide according to Travel and Leisure. The seafront property features five restaurants and bars with separate themes and cuisines as well as Khem Beach exclusively for the use of its guests. Formerly a 19th century French university, the resort retains the French colonial architectural style and maintains a five-star score on TripAdvisor.

Lying on Hawke’s Bay on the eastern side of New Zealand’s North Island, Cape Kidnappers, or Te Kauwae-a-M%u0101ui in the M%u0101ori language, derives its unusual name from an attempt by indigenous M%u0101ori to kidnap a Tahitian member of Captain Cook’s crew when he made landfall there in 1769. The Farm at Cape Kidnappers consists of a number of lodges on the hills and ridges making up the landscape. Amenities include a gymnasium, pool, spa and library, and the location boasts views of the picturesque Hawke’s Bay landscape. https://www.robertsonlodges.com/the-lodges/cape-kidnappers

Located in Udaipur in Rajasthan, a state in the north west of India, the Leela Palace features 72 rooms with views of the local Pichola Lake, and eight suites with dedicated butler service. Local sights include a number of lakes, such as the aforementioned Pichola, which was created by the city’s 16th century founder. Opened in 2009 by founder Krishnan Nair, as part of his portfolio of Leela Palaces named after his wife, the hotel was ranked first worldwide by Travel and Leisure, supported by a 9.2 score on Booking.com and a five-star rating on TripAdvisor.