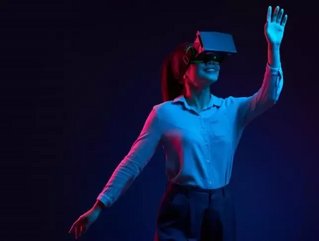 Business Chief examines 10 of the most innovative companies using technology to shake up their respective industries across Asia.

Founded in 2005, gaming hardware and esports company Razer has ridden the wave of money introduced into the industry to become a tech unicorn. Goldman Sachs expects the esports market to be worth $3bn by 2022 (up from $869mn in 2018), and Razer is a big name in the scene thanks to its gaming-oriented peripherals such as mice and keyboards. In recent years, it has branched out into other forms of hardware, such as phones and laptops, targeted towards its key gaming demographic.

Based in: Singapore and San Francisco, US

Less publicly prominent than some of the companies on this list, Chinese AI company Megvii is nevertheless a cause of significant disruption thanks to its facial recognition technology. In August, the company filed for an initial public offering on the Hong Kong stock exchange. The company’s services have been employed by the likes of Alibaba, Ant Financial and the Chinese government. Of particular note is the company’s Face product, an open platform for image recognition of faces and bodies.

Ola was founded in Mumbai, India in 2011. Like other ride-hailing apps, it has branched out into the food delivery market, acquiring the Indian business of Foodpanda in 2017. In June, the company’s electric mobility business received $250mn of funding from Japanese conglomerate and serial investor SoftBank. The past year has seen the company’s ride-hailing business expand outside of India, opening offices in Australia, New Zealand and the UK.

Based in: Bengaluru, India

Lazada is an interesting proposition due to its history and meteoric rise. Founded in 2012 by German startup studio Rocket Internet, the company sought to exploit the at that time underdeveloped ecommerce market in Southeast Asia. It’s an approach that drew dividends, with significant investment from Singapore’s Temasek Holdings in 2014 preceding the acquisition of a majority stake by Chinese giant Alibaba Group in 2016.

Chinese drone manufacturer EHang is a frontrunner in the urban air mobility space, a key future trend that the world’s largest companies, like Airbus, are investigating. EHang’s autonomous aerial vehicles come in different configurations, such as the passenger-grade EHang 216 which can carry 220kg and fly at over 80mph, or the cargo carrying EHang Falcon. Passenger carrying demonstrations have already taken place in cities across China, including EHang’s home city of Guangzhou.

Based in: Guangzhou, China
Founded: 2014

According to Indonesian ride-hailing firm Gojek, since its launch in 2015 its app has been downloaded by over 155mn users in Southeast Asia. Since its founding, it has expanded its remit into digital payments and the provision of many other amenities as part of a so-called ‘super app’. To these ends, the company partners with over 2mn drivers and 500,000 merchants in the region.

Based in: Jakarta, Indonesia

Originally a ride-hailing firm, Singapore’s Grab is rapidly introducing new services. Aside from its primary ride-hailing business, Grab, like its great rival Gojek, has expanded into digital payments as well as food and parcel delivery, to name just a few of the services on offer. Set up as a regional spin on Uber's business model in 2012, in 2018 Grab acquired its inspiration’s operations in Southeast Asia.

Transportation company DiDi was founded by an alumnus of Chinese ecommerce giant Alibaba, Cheng Wei. Originally backed by Tencent, in 2015 it merged with its biggest Alibaba backed rival, Kuaidi. Such was its dominance of the Chinese market that it bought out Uber’s Chinese business. Expanding beyond its original ride-hailing remit, the company has branched out into areas such as robotaxis, where it is planning to test its fleet of autonomous vehicles on the streets of Shanghai imminently.

Financial services company Paytm operates across multiple sectors, incorporating bill payment, travel booking and mobile recharges. Catering to the Indian market, its payment system allows merchants to offer customers the simple payment option of scanning a QR code with their phones to pay, from sources such as bank accounts, pre-paid cards and digital credit. A recent development has seen the process streamlined, with the ability for payments up to a certain amount to be made without having to use a one time passcode sent via text.

Based in: Noida, India

Anyone under a certain age will be familiar with ByteDance, albeit indirectly, thanks to its TikTok social media app. Born out of its Douyin product for the Chinese market, TikTok allows users to create short looping videos, with the format being ripe for producing viral hits. The app was combined with video lip-syncing app Musical.ly after an acquisition in 2017, and is in many ways a successor to the now defunct Twitter-owned Vine, which pioneered the format.