Bytedance CFO to TikTok CEO in 5 weeks: who is Shou Zi Chew? 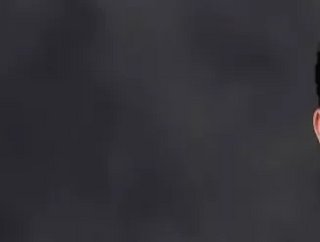 Just five weeks after joining the world’s most valuable startup Bytedance as CFO, Shou Zi Chew has been given the top job at TikTok. So who exactly is he?

When the world’s most valuable startup ByteDance, owner of TikTok, snatched 39-year-old finance exec Shou Zi Chew from the clutches of Xiaomi back in March, and gave the 39-year-old the financial reins of the US$400bn valued company, it was pretty big news.

Not just because it was the first time Bytedance had employed a CFO or that he had landed the only other C-suite position besides CEO Zhang Yiming, but because rumours were swirling that Beijing-based Bytedance was about to float and Chew, who had previously taken Xiaomi through a successful IPO, was being brought on board to do the same.

However, just five weeks into his role as CFO of Bytedance, with speculation growing as to the when and where of an IPO, Chew, who is a Singapore national, landed the top job (CEO) at TikTok too – a role currently considered to be the biggest job in tech – in addition to retaining his CFO position at parent company Bytedance.

The world's most challenging roles?

That's quite a responsibility. Not just because of the popularity of TikTok (think 689 million users worldwide and the world's most downloaded non-gaming app in the first quarter of 2021) and the revenue of Bytedance (US$37bn in 2020), but because the data privacy complications that TikTok and Bytedance have been enduring for a while now, with Chinese and US governments, are not going away.

Complications that led to the departure of TikTok’s previous CEO, former Disney exec Kevin Mayer after just three months in the job, when during his tenure the US government issued two executive orders within eight days aimed at forcing ByteDance to divest TikTok's operations in the US. This is far from TikTok's, or rather, Chew's only challenge. With India, once TikTok's fastest-growing market, now having banned the platform for political reasons, the challenge for Chew will be, where to grow TikTok?

This will no doubt be a business imperative for Chew, in finding a way to both grow the platform and to restructure the business to meet regulatory requirements both demanded by the US and Beijing. As will taking Bytedance through its initial public offering, something that has been rumoured about. According to Reuters, ByteDance has been considering whether to go for a standalone public listing for Douyin, the Chinese version of TikTok, or list some of its Chinese operations, including Douyin and news aggregator Jinri Toutiao, as a package in Hong Kong or Shanghai.

Why is Chew the man for the biggest job in tech?

So, who is this man with so much responsibility on his Singaporean shoulders? And more importantly, is he up to the job(s)? Well, he's used to working with billionaires, having worked for Russian billionaire Yuri Milner‘s internet investment firm DST for five years. In fact, it was here, at DST, in 2013 that Chew first came across Bytedance and where he led a team as early investors in ByteDance – what was then just a small startup housed in a Beijing residential flat.

Chew's credentials are pretty impressive too. Not only does he have an economics degree from University College London and an MBA from the Harvard Business School, where he spent a summer working for a then startup (Facebook), but his experience in some of the world's top companies straddles both tech and finance.

Chew began his working life in investment banking at Goldman Sachs, where he focused on technology, media and telecoms’ investments, before joining private equity firm DST Investment Management as a partner for five years.

He then joined Chinese electronics giant Xiaomi as Chief Financial Officer, where he was the youngest of the C-suite and where he was not only instrumental in securing much-needed financing from investors, but oversaw the company’s Hong Kong IPO in 2018, one of the largest-ever Chinese tech listings and the first-ever IPO in Hong Kiong Stock Exchange to realise dual-class shares.

He spent six years at Xiaomi before being snapped up by Bytedance. And according to the man who hired him, billionaire founder and CEO of Bytedance, Zhang Yiming, Chew's "deep knowledge of the company and industry” will add "depth to the team, focusing on areas including corporate governance and long-term business initiatives. I believe Chew's accession can help us further expand our global business."