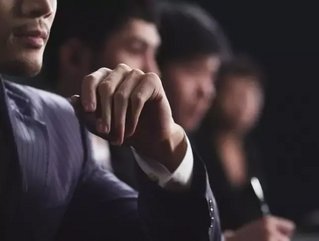 Takahiro Hachigo started his career at Japanese vehicle manufacturer Honda Motor in 1982 as a chassis engineer, where he led the team that developed the 1999 Honda Odyssey minivan - the company’s first foray into that market. He became the company’s CEO in 2015. Reportedly, Hachigo’s hobbies include building model trains and collecting miniature cars. He previously drove a Honda Odyssey, although when asked if he would consider changing cars after being promoted to CEO, he said he was considering a Type-R Honda Civic.

The newest hire on the list, Liu Guiping took over from the previous head of China Construction Bank (CCB) in July of last year. Previously, the 53 year-old rural banking veteran served as the vice-mayor of Chonquing. Liu has a PhD in Economics from the Finance Department of Zhongnan University of Economics and Law, from which he graduated in 2002. As the President of the second-largest bank in China, Liu has grown CCB’s profits by more than $1bn, while also bringing revenues to an all-time high.

The president of China’s largest insurer, Ma Mingzhe, has been a vital driving force behind its success. He has worked in the insurance sector for his whole career, first serving as a deputy general manager of the Social Insurance segment of China Merchants Group before joining China’s Ping An Insurance Corporation in 1988. Ma was behind the decision to open up Ping An to investment by foreign conglomerates such as Morgan Stanley and HSBC, a move which reportedly brought the company out from under the thumb of China’s financial establishment.

Only slightly newer to his job than Liu Guiping, Foxconn’s (also known as Hon Hai Precision Industry) latest chairman, Young Liu replaced billionaire founder Terry Gou in July of 2019, when he left to run for president of Taiwan. Prior to his promotion, Liu headed up the company’s chips and semiconductor division. Liu has a degree in electrical physics from Taiwan’s National Chiao Tung University and a doctorate in electrical engineering from the University of Southern California. In his first year as chairman, Young Liu has seen Foxconn’s revenues increase by approximately $24bn.

No. of employees: 1mn

At the tender age of 52, the President of Industrial and Commercial Bank of China (ICBC), Gu Shu, is one of the youngest on the top 10 list. This fact is even more impressive when you consider the fact that, as head of the second largest investment bank in the world, Gu oversees more than $4trn in assets and almost half a million employees. Gu obtained a Doctorate degree in Economics from Shanghai University of Finance and Economics and is a celebrated accountant.

The President and CEO of China State Construction Engineering Corporation (CSCEC), Yu Tao has more than two decades’ experience in the management of corporate affairs and construction projects. Under his leadership, CSCEC has become one of the largest international construction companies in the Middle East, with a diversified business model that provides clients with comprehensive construction solutions. “As a good friend and partner of China, Saudi Arabia makes a series of positive policies to attract Chinese companies,” said Yu last year.

Korean electronics giant Samsung has a relatively unorthodox managerial structure, with a total of three Chief Executive Officers. Hyun Suk Kim, head of the company’s consumer electronics business, rose to the joint position in 2018, alongside Dong Jin Koh and Ki Nam Kim. At the 2020 Consumer Electronics Show (CES) in Las Vegas, Kim noted that consumers increasingly value experiences over products: “We’re not looking to spend our money on things. We are looking to buy convenience, peace of mind and enjoyment.”

The great-grandson of the father of Japan’s industrial revolution, Akio Toyoda has served as the President and CEO of the Toyota Motor Corporation since 2009. Born in 1956, Toyoda received his master’s in business administration from Babson College in the US, before coming to work at Toyota in 1984. In keeping with the Japanese tradition of keeping CEO salaries relatively low, Toyoda’s salary in 2018 only amounted to $3.5mn - which made him the second-highest-paid employee of the company, after its Chief Competitive Officer, Frenchman Didier Leroy.

With over 35 years’ experience in the Chinese oil and gas industry, Wang Yilin has served as the Chairman of the Chinese National Petroleum Corporation (PetroChina) since 2011. He is also an active member of the Chinese Communist Party. PetroChina, which is the world’s third-largest oil conglomerate, is experiencing a return to profitability after falling from more than $21.1bn in net earnings in 2014 to $1.2bn in 2017. Under Wang’s direction, profits rose steadily again last year, back to $8bn.

The world’s biggest oil and refining company, Sinopec, is undergoing a seismic change, alongside the entire Chinese energy sector. The former chairman of coal mining giant China Shenhua Energy Co Zhang Yuzhuo will reportedly be taking on the top role at Sinopec in the coming year. Zhang graduated from Shandong University of Science and Technology in 1982 with a bachelor’s degree, received his master’s degree from China Coal Research Institute in 1985 and earned a PhD from University of Science and Technology of Beijing in 1989.