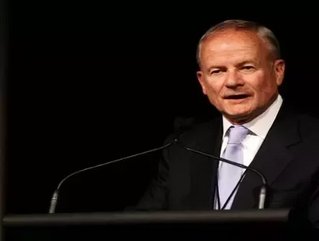 “We may never have had it so good, but we could be great” begins the title of a speech delivered earlier this week by Business Council of Australia (BCA) President Tony Shepherd. The world believes Australia’s insatiable resources and fiscal growth is good reason for a ‘no worries’ attitude towards the economy, but on home ground, Australians do not feel quite so secure about their current wellbeing and the market’s future.

“Every day people are told how well the Australian economy is doing, yet for many Australians the truth is they’re doing it tough,” Mr Shepherd said. “They see their electricity, gas, water, groceries, petrol all going up and their net worth going down with the sharemarket flat and the value of their homes dropping.

“They hear stories of mining companies and some big-name business people making huge dollars, and they don’t see the windfall trickling down to them.”

Mr Shepherd recalled his childhood, a time when Australia took on big challengers in sport, business and the arts – and beat them. Eight Australians won Nobel prizes, the Sydney Opera House was conceptualised and erected, and national superannuation was introduced. Prosperity was on the rise; on the global scale, the nation was confident and forceful. “The truth is, we are still that Australia,” said Mr Shepherd, “but Australians are waiting for the call, the visions for the future and the plan that’s going to help us get there.”

In a new book by George Megalogenis, The Australian Moment, the political journalist argues that Australia’s economic setup, coupled with the strength of its people, have better prepared the nation for globalisation. “This is Australia’s moment,” Mr Shepherd excerpted from the book. “We, as Australians, are made for these times.”

Even though Mr Shepherd pointed out Australia’s laggings – notably road and port infrastructure, converting R&D into innovation, global exportation on a wider scale, productivity, and realistic goal setting (and achieving) on the federal government level – he made a case for taking advantage of growth opportunities and seizing this moment in history to show the world how strong the nation is, from the inside out.

“The belief that resources by themselves will carry us through is a convenient fairy tale most Australians don’t even believe,” he said. “It’s the years of work done confronting hard issues in the past that set Australia up for the quality of life most of us enjoy today. If we don’t confront the hard issues again now, Australia’s moment will become a lost opportunity.

“The ’Australian way of life’ is important. We need to focus that argument on the ’Australian soul’ rather than looking backwards.

“We need to embrace new ways of thinking.”