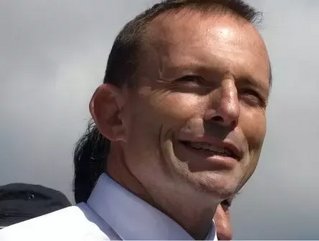 Australia’s new Prime Minister, Tony Abbott set to work yesterday wasting no time implementing his new right-wing policy agenda. Among his policies is a tough stance on immigration laws and a bid to reverse the climate change consensus by scrapping taxes on carbon emissions.

The British-born and educated PM has been a Member of Parliament since 1994. Prior to entering politics Abbott studied for a Bachelor of Economics and a Bachelor of Laws at the University of Sydney, and following that he achieved a Master of Arts as a Rhodes Scholar at Queen’s College, Oxford.

Abbott has many strings to his bow; after his rich education he trained as a Roman Catholic seminarian, worked as a journalist, managed a business and later became a political adviser. Abbott successfully stood in the Warringah by-election in 1994 and so his political career took off.

Joining the Cabinet in 1998 under the Howard Government, Abbott took on the role of Minister for Employment, Workplace Relations and Small Business. In 2003 he became Minister for Health and Ageing retaining his position until the Howard Government was defeated in 2007. Following this, he served in the Shadow Cabinets of Brendan Nelson and then Malcolm Turnbull before resigning from his front bench position in November 2009 in protest of Turnbull’s support for the Rudd Government’s proposed Emissions Trading Scheme (ETS). This forced a leadership ballot on the subject and Abbott defeated Turnbull by 42 votes in 41, which saw Abbott elected Leader of the Liberal Party and Leader of the Opposition.

Following the 2010 election, Abbott was re-elected unopposed and led The Coalition to victory in the 2013 election on 7 September 2013. He is likely to be sworn in as Prime Minister in the next week.

Abbotts journey to the top has not been plain sailing, marred with criticism about his overly religious views (he earned the nickname, the Mad Monk), his comments about Australian housewives doing the ironing and his strong opinions about abortion. Some have even spoken out against his aggression and often-loose language, however Abbott has always been led by his strong sense of conviction, which has earned him a lot of respect and supporters.

What the future holds for Abbott? We will have to wait and see.