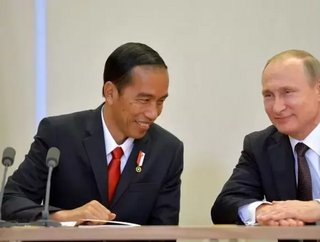 Indonesia’s President Joko Widodo was elected to office in 2014 with roughly 53 percent of the vote, propelled by an enthusiastic feeling that his tenure would break with the country’s old style of politics.

In his three years in office, the President has faced the challenges of a weakening Rupiah and stunted economic growth, but has also invested in infrastructure and adopted a charm offensive abroad.

Leave what you know about his term at the door and read these three things you probably didn’t know about him.

In a 2013 interview with The Economist, it was revealed that President Widodo is a die-hard Metallica fan and listens to a number of other rock, metal, and hardcore bands. He has also been spotted at local metal festivals. Metallica’s bassist, Robert Trujillo even gifted him a signed bass guitar – only for it to be confiscated by the country’s corruption investigators on the grounds that it could have been a bribe! …And Justice For All?

World leaders all seem to be in the habit of winning awards for various things they are supposed to have done. When assessing his legacy, it is worth looking at awards from other countries as ceremonial rather than indicative of performance. In this capacity, he has received The Most Esteemed Family Order of Brunei, the Order of Abdulaziz al Saud, and, who could forget, the Great-collar of the Order of Timor-Leste.

For his work as Major of Jakarta, Widodo has received international aplomb from the world’s media and several renowned institutions. These include plaudits from Foreign Policy, Bloomberg, and Fortune. He also came third in the 2012 World Mayor competition.

Joko Widodo has consistently supported the death penalty in Indonesia – even when it involves foreign nationals whose governments are vocally opposed to execution. Napalm Death (one of his favourite bands) publically decried his position, along with various international human rights groups.