Tips for Thriving in China, Part I 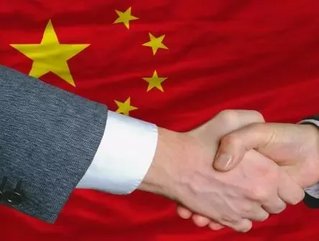 Written by Caroline Zhou, Principal Consultant of the Institute of Executive Coaching China

Caroline Zhou, Principal Consultant of the Institute of Executive Coaching China has worked with more than 300 coaching counterparts at the director and executive levels. She has partnered with senior management teams across Asia Pacific to help executives develop an effective leadership capable of steering companies through necessary change. Caroline’s multicultural and corporate background adds value and diversity to her executive coaching practice www.iecoaching.com

China is now a must-consider destination for Australian businesses with ambitions for growth. It’s relatively close, its population is more than 1.3 billion, and its economy is still growing while much of the rest of the world shrinks.

There is seldom potential for great gain without the risk of failure, however. Major international brands have gone hard into China only to close or all-but close their operations soon after. Often the reasons for failure are avoidable, commonly having at their heart a failure to pay enough attention to the differences between China and other markets:

Doing business in China requires an open mind, a thoughtful approach and the flexibility to adapt to local needs.

Here are some fundamental tips for success:

You probably wouldn’t engage a mainland Chinese firm to do your market research in Brisbane, not unless they employed plenty of people with local knowledge. Nonetheless a surprising number of Australian businesses will engage international firms to do their market research in China without making sure those firms employ truly local experts.

2. Investing time is as important as investing money

You’d also be surprised if a mainland Chinese company based its decision to invest in Australia and its strategy for doing so on the report of someone they’d sent to Sydney for a fortnight’s look-see.

China is not one market. Its cities alone are officially divided into four tiers. A product or strategy might be right for one tier or region but not for another. You can’t expect to make informed decisions unless you spend three to six months living in each market, observing how the people there live and spend their money. This involves spending time with locals, not just among the expatriate community. Gaining insights into another culture’s way of thinking takes time.

This might sound expensive – it’s obviously time-consuming – but it’s worth it. And of course you don’t have to research or move into all markets at once.

If you aren’t willing to study and adapt to each Chinese market you want to operate in, you are unlikely to succeed because you’ll be asking the market to adapt to you. Adapting could mean being flexible with your brand, your strategy and even your product.

The one-child policy in China has created an unusually large gulf between the generations. Younger Chinese consumers grew up as only-children with all that entails. They make vastly different employees and consumers from their parents.

You will need to tailor your approach to the Chinese market differently for each generation you’re targeting.