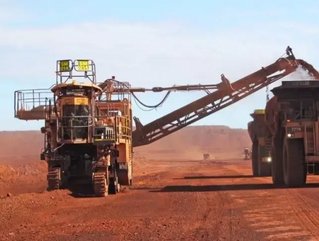 As BHP Billiton continues its plans for demergers, the mining giant has also revealed deeper cuts to its capital spending, as well as movement in its executive ranks. Currently, it appears that the group management committee will see the most change in the coming days.

Capital spending will be cut by $US1 billion in the 2016 financial year. By leaving BHP with $13 billion for spending, many believe this will potentially open up more cash for shareholder returns.

But the management shakeup really has people talking. Mike Henry, former head of marketing, was announced as the president of the company’s coal assets; he takes over for Dean Valla Valle, who practically swapped roles with Henry to become marketing, health, safety and environment boss. Daniel Malchuk, former aluminium boss, is the new president of copper. Peter Beaven, previous copper president is on track to become the CFO, with former CFO Graham Kerr moving to run the demerged entity next year.

"For an industry that delivers so much, wouldn't you think there would be just a little more understanding and less negativity for what mining contributes to our country?" shared Rinehart in a speech in Darwin on Saturday.

Rinehart pointed out that mining is the largest earner of export income, which generates over $200 billion in revenue, and that the industry provides jobs both “directly and indirectly” to Australians, some in places where there would be no other work.

She also acknowledged “rock star” leader Narendra Modi, Indian Prime Minister who spoke in Australia last week after the G20 conference in Brisbane. He wants to free up small businesses from regulation, which is something Rinehart believes the mining industry in Australia needs desperately.

"The anti-development message is winning," Mrs Rinehart said, calling on Australians to "stand up and speak out" for the industry.

Low-risk prisoners from Roebourne Prison will be able to take training courses while in prison to be guaranteed a job with Fortescue Metals Group upon release. Aboriginal prisoners who are interested will be able to take part in the Vocational, Training and Employment Centre (VTEC) Fresh Start program, which will prepare them for jobs like trades assistant, forklift operator and mine site operator.

Next year, eight prisoners will start the programme. FMG currently employs 1100 aboriginal people in its operations, representing 12 per cent of its workforce.