The state of the trade war: the winners and losers

By By Dr. Kerstin Braun, President of Stenn
May 20, 2020
undefined mins 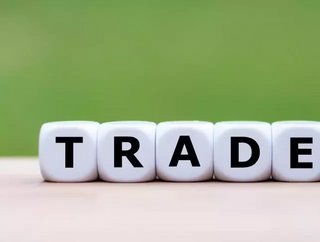 The ongoing US-China trade war has been epic for both generating headlines and creating needless headaches for companies involved in international trade.

While a phase one deal may have been agreed, the squabbling has not come without damage. The sheer size of the US and Chinese economies ensures that the stakes are high. Together they constitute almost two-fifths of global GDP. Trade between the two countries has dropped $84 billion and counting since the trade war started.

Initially intended to push for structural change, Trump has succeeded in barely moving the needle in terms of putting the US in better economic position. The ripple effects have spread worldwide, and it will take some time for global economies spring back into action.

Even if all tariffs were erased today, long-term tensions between China and the US will remain in the areas of economic fair play, national security and human rights. Further, the conflict has shed light on major shifts in the global trade landscape: heightened volatility for companies, supply chain diversification, and a revised view of globalism.

The phase one truce has calmed economic jitters worldwide, at least for the time being. This alone is expected to increase global GDP by at least half a point. The conflict has created uncertainty in all regions of the world, which weighs on confidence, and therefore future investment.

US business investment trended down in 2019 and a recent Duke University survey reported that 56% of US CFOs are preparing for a recession in 2020. That means pulling back on spending and hoarding cash.

One way to remove the uncertainty of a capricious tariff war is for both countries to diversify their markets. US companies have ramped up their sourcing from a broader range of countries including Vietnam, India, Malaysia, Mexico and Thailand.

There’s a huge amount of work involved when a business decides to move its supply chains. Shifting to a new supplier goes far beyond making sure they can deliver the right products to the right specifications. New business relationships have to start from scratch and run credit checks, reroute logistics and arrange financing. This can be particularly difficult if an importer is purchasing from a new country that its bank may not support.

Likewise, China has sought to diversify as well, turning toward growing Asian markets in particular. The Trans-Pacific Partnership trade pact is expected to play a big role in boosting intra-Asia trade. The region is expected to account for 40% of global trade flows by 2027, up from its 34% share in 2010.

Long-term, the decoupling of the US and China could make both economies less prone to shocks and rebalance the flow of global trade. It would also lessen both countries' ability to use economic power as a political tool.

The current geopolitical climate, where national interests are at the forefront such as Trump’s “America first” diplomacy and Brexit, has put globalisation in the spotlight. But globalism is not going to go away. And it’s bigger than simply trade.

We live in a global world where goods, technology and money flow across borders. Companies rely on international markets for growth. For example, 56% of the market value of the world’s largest 500 companies is from their international operations.

There have always been “rules of the game” for our global interactions but I expect that today’s retreat from globalism will make things more complex. Multi-country trade pacts are being abandoned in favour of one-on-one agreements. Trump has put new countries (Argentina, Brazil and France) on his tariff radar, and the US has essentially neutered the World Trade Organisation (WTO) as a governing body for global trade disputes.

International trade will stay complicated, as this era of trade spats and the volatility they bring is only going to get worse. This is good news for trade experts such as Stenn.

In the end, we will see who the real winners and losers are. I suspect Asian countries such as Vietnam, India, Malaysia, Cambodia and the Philippines will rise as winners, while the US will become a net loser as it loses economic and political power.