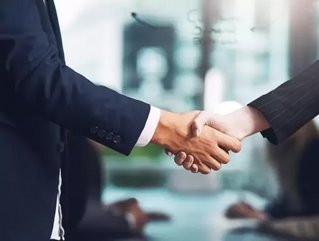 Australian telco leader Telstra has announced the successor to Robyn Denholm as CFO and Head of Strategy in advance of her move to Tesla.

Denholm, who will take over the Chair position from Elon Musk at the electric vehicle (EV) manufacturer, will be succeeded by Vicki Brady who herself has held the position of Group Executive of Consumer and Small Business since September 2017.

Brady will take the CFO mantle from 1 July this year, having taken a break from her role from September 2018 for health reasons.

Telstra said that Brady has made a full recovery and is poised to lead its financial strategy.

“I am very pleased to have Vicki in the CFO role. She is an experienced executive leader, with strong achievements in telecommunications, alongside a sound financial background,” said Andy Penn, CEO of Telstra, in the firm’s press release.

“She has a Bachelor of Commerce from the Australia National University, a Masters from Stanford University Graduate School of Business and is a member of the Institute of Chartered Accountants ANZ.”

Acting Group Executive Michael Ackland, who has been serving in Brady’s stead, will continue as permanent Group Executive, Consumer and Small Business.

“It is testament to the strength of our internal talent that we were able to appoint Vicki as CFO and Head of Strategy, and have Michael continuing permanently as Group Executive, Consumer and Small Business, a role he has being acting in since September last year,” Penn added.

“Michael has contributed significantly to the team, driving the T22 changes for our customers that we announced last year. He has significant experience delivering the right outcomes for customers, alongside strong results for Telstra.”