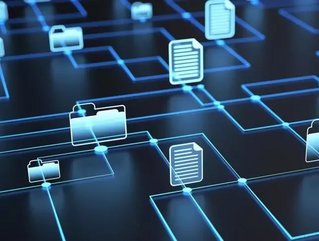 Telstra is working with Microsoft’s Azure cloud platform to create its Telstra Data Hub, giving businesses the capacity to seamlessly share, analyse and use data from their IoT (internet of things) devices. With data now exceeding oil in global revenue, the new modular system aims to reduce the barrier between businesses’ data sharing capacity, leading to productivity gains.

Initially, businesses will be able to make use of the platform to target water management, agribusinesses and connected supply chains. Microsoft have said that the service is already in use to monitor water quality in Queensland’s Lower Burdekin river. For the trial, both river quality and the quality of ground bores have been monitored.

Although companies have already signed up to make use of this service, Telstra would not disclose when the hub would become widely available to businesses. Microsoft Australia IoT and AI lead Matt Sinclair told ZDNet that the service will be based in Australia, allowing its customer base to handle data sovereignty as needed.

German supermarkets such as Aldi have been using the service to track shipping containers, thus reducing the cost of missing cargo, which goes to show the diversity a data sharing tool such as this can provide for a business.

"Our heritage is in building national infrastructure that benefits generations," explained Von Reventlow. "We see more than $100 billion in incremental value to customers and the economy through digitisation and data-driven collaboration.

"We are excited to be partnering with Microsoft and unveiling this new innovation today at Telstra Vantage and we look forward to sharing further news as we continue to develop this exciting product."

The announcement follows Telstra amalgamating its IT services under one banner, named Purple. The move will see brands such as VMTech, MSC, Readify, Kloud, Bridgepoint, O2, NSC, iVision and Company85 be retired. This covers over 1,500 employees, working on more than 8,000 projects annually. Telstra explained they came up with the name by conjoining the first half of ‘purpose’ with the last half of ‘people’, to form Purple.

Telstra has outlined future problems it wishes to solve such as the escalating cost of setting up data sharing platforms, a lack of data standardisation between industries and the fear of losing control of sensitive information.