Sydney Olympic Park: A Suburb After the Games 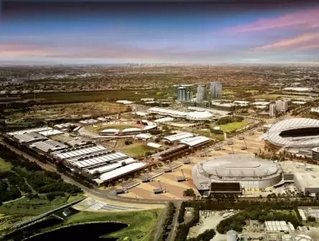 The host city of the Olympic Games spends nearly seven years prepping for a worldwide sporting event that lasts only a few weeks, but often leaves a lasting impression on the city.

At times, this impression is a lacklustre one. Many structures built exclusively for the Olympic Games are abandoned once the torch is extinguished, wasting the billions of dollars that went into the planning and manufacturing of the venues.

Athens is a prime example: after bringing the Olympics back to their origin in 2004, a vast majority of its stadiums, pools and other structures now stand empty and cost an estimated £500 million (AU$800 million) annually to maintain. That event was widely considered a failure on both an Olympic and an economic scale.

London, the host of this year’s Games beginning in just a couple weeks, have been making many a conscious effort to produce an event that will leave a positive ‘legacy’ on the city.

In the case of Sydney, the 2000 Olympic Games host, the Olympic Park has been transformed into a functioning suburb bursting with business and residential opportunities.

“Rather than the post-Olympics ‘hangover’ some doomsayers predicted, Sydney Olympic Park has gone from strength to strength, and has developed into a sophisticated commercial, retail, medical and education centre,” said Sue Ballesty, the marketing manager of Australia Towers, in a media release. “The influx of permanent residents has made it a complete suburb.”

With plans for more residences to be built within the next couple years and beyond, the suburb is expected to swell to a population of about 14,000 by 2030.

“Finally Sydney Olympic Park has a heart,” said Ms Ballesty. “There is now a real sense of community here, and the lifestyle just keeps getting better. No other suburb in Australia has received the beautification, facilities and infrastructure that we have.”