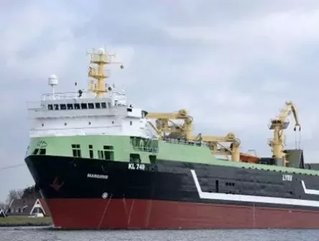 The bill will prevent the controversial 142m Abel Tasman, formerly known as the Margiris, from fishing for its 18,000 tonne quota in seas stretching from southern Queensland to Western Australia.

Oakeshott said until yesterday, he had been planning to vote against the government's bill as he saw no reason to question the science on super trawlers provided by the Australian Fisheries Management Authority (AFMA).

But he changed his mind after Environment Minister Tony Burke told parliament some “serious” questions had been raised since AFMA had told the government of new legal advice that it had not been correctly implementing some aspects of the Fisheries Act.

“For me, that was a significant response from the minister that there was some problems with those processes,” he told parliament.

“I accept the advice and the position of the government that they are raising doubts around how quotas are formed and how the science around that process is formed.”

Burke earlier this week introduced legislation to temporarily ban the super trawler Abel Tasman from fishing in Australian waters, arguing it was better to err on the side of caution until further scientific studies were carried out.