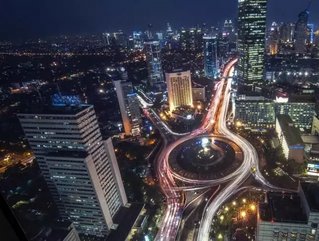 George Do was formerly an Information Security Engineer at NASA, and most recently was CISO for real estate investment trust Equinix.

The role would seem a vital one considering the continuing expansion of Gojek from its primary ride-hailing business into digital payments as well as food/parcel delivery and many more services. The super app approach necessarily generates a large amount of data, which falls directly under the role’s remit.

Ajey Gore, Gojek’s CTO, said in the press release: “We are thrilled and honoured to have George join us. When a company grows as fast as ours, it must constantly up-scale its information security to ensure the business can continue to operate and users can continue to trust that their information is safe with us. As Gojek’s business continues to grow — in terms of our products and services, and our global operations — George’s deep expertise will become ever more valuable.

According to the company, since its launch in 2015 the app has been downloaded by over 155mn users in Southeast Asia. It partners with over 2mn drivers and 500,000 merchants in the region.

As reported by Nikkei Asian Review, the company is also to receive a $50mn investment from Japan’s state-backed Cool Japan Fund, which is dedicated to promoting Japanese products and services overseas. Accordingly, the investment will see Japanese content added to Gojek’s video streaming service and Japanese restaurants featured at Gojek’s Go-Food Festival locations.