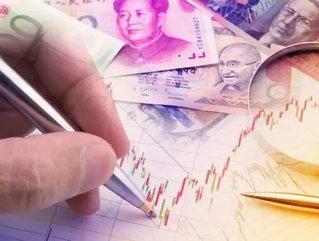 Indian entrepreneur Mihir Kapadia has always believed in the potential of the Asian market. Back in the early part of the century, when many investors were looking towards Europe and the United States, he instead decided to look towards identifying emerging markets. Kapadia successfully navigated his first startup through the bursting of the DotCom bubble and his current firm, Sun Global Investments (SGI), through the global financial crash of 2008, which was its first year of trading. Sun Global today has $500mn of assets under advice, and is now a leading integrated end-to-end financial services firm with clients varying from institutional investors, family offices and corporate clients who turn to Sun Global for wealth management, corporate financial securities trading, and investment management and advice.

Throughout the global recession, Kapadia’s belief in Asia was unwavering, as once again he pioneered looking eastwards after the crash, backing his judgement whilst many of his contemporaries hesitated. “We were happy to push the envelope and look at the world, not just Europe and the UK,” explains Kapadia. “We started investing in Asia, then Latin America, the Middle East, Central and Eastern Europe, along with Europe and the US. That on its own, with the same kind of risk profile, enabled us to add close to two to three percentage points in terms of return.

“Number two: we were able to take bold decisions where we could actually see that the emerging markets were getting far better returns. We invested in fixed income in emerging markets. When Europe was working on a negative return in terms of fixed income, but people didn't have a choice, we actually identified South Korea, India and China as potential markets. We even carried out investments in the local rupee, but what we were very clear about was that the risk profile had to be very, very high quality, and hence we invested only in the top names of those countries or even government-owned entities.”

This strategy has paid off, with the business expanding from just a three-person team in London back in 2008, to now having offices in both Dubai and Mumbai, and Kapadia estimating growth figures of between 24% and 30% year-on-year in terms of overall top and bottom line. The company is also continuing to grow in numbers, with the team currently looking to add to its wealth management and corporate finance teams, which have both seen a big increase in revenue.

Kapadia feels the key to the company’s success so far has been the strong culture of entrepreneurship within the business that he’s carefully cultivated, as well as a willingness to adapt and not being afraid to take calculated risks. “The markets and the business are both extremely dynamic,” he reflects. “As far as we are concerned, obviously there are several things which are changing. Number one: the requirements and demands for clients and investors are obviously ever-changing based on market dynamics. Secondly, the ever-changing regulations and regulatory requirements of various regulators across different geographies also have a big impact on the business these days. A third factor that’s changing is the market itself, where it is driven by and being affected by various technologies, and various companies using different technologies, etc.

“As an investment advisor or manager, we have to not only adapt our business and our investment ideologies, but also put in a lot of effort. We are investing in a lot of systems. We are investing heavily in training because we have to train and retrain our employees to be able to adapt to these new systems. Obviously, the team now has significant experience. Everybody has grown with the company and we have created different business verticals with various team leaders and people who are working with them, but in terms of leadership I am now involved in various new ideas, initiating different strategies… More importantly, I not only trust these team leaders, but once the plan is made, I let them run with it and make sure I help them succeed.

“As a leader, my job is now more about grooming the next set of leaders. We have some phenomenal people currently working within the organisation who are running their individual verticals extremely well. They are being recognised not only by our clients, but also within the industry. That, to me, is the greatest success story of my leadership over the last 10-plus years.”

As well as the company’s success in delivering for its clients, in 2015 Kapadia and SGI embarked on an even more ambitious adventure by creating the world’s first Indian fixed income exchange-traded fund (ETF) bond in November 2015, and this year it reached its $10mn benchmark. Kapadia says: “We launched an ETF that we listed in London as well as in Frankfurt, which was investing purely in Indian government-owned entities, fixed income etc. We realised that there was a huge carry trade as the rupee was fairly stable. We were investing at about 8.25-8.5% locally, compared to Sterling as well as Euro, it was a huge carry. The continued success of this fund reflects our well-placed confidence that India is one of the key investment opportunities of today and tomorrow, with funds like ours benefitting from, and adding to, its success.”

Between the November 2015 launch and the fund’s two-year anniversary last year, SGI has calculated that it made almost 30% on that fixed income transaction year-on-year in Sterling terms, and between 10% and 11% when it came to the Euro. It’s safe to say that the investment paid off for SGI, and Kapadia has no desire to change a winning strategic formula. “We have a core philosophy which remains constant,” the CEO adds. “We drill down into various verticals where we have created teams of superbly expert people. When presented with a particular idea or a particular challenge, we go down to the basics and try to analyse the opportunity or the issue with our longstanding expertise and how we have dealt with various situations in the past. When there is something new or innovative, we look to understand how it will affect either our business or our clients, and with that, an idea is formed and then tested. There is a core committee of three individuals who will look at all the angles to it, and once we agree, it is adopted and then executed all the way through.”