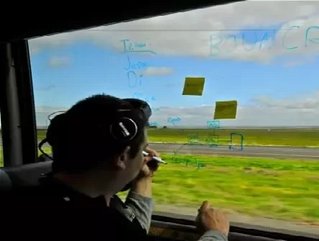 What started as a joke in Australia two years ago has since blossomed into an innovative business venture: launching a start-up on the road, in a bus, over a 48-hour period between various starting cities and their shared destination of the South by Southwest (SXSW) technology conference in Austin, Texas.

The concept was thought up by seasoned entrepreneur and former Sydneysider Elias Bizannes, who pitched the idea to a group of friends in his now-home city of San Francisco. He intended for it to be a joke, but the idea caught the group’s attention; thus, StartupBus was born in SF in 2010, sending 25 ‘buspreneurs’ from the Bay Area to Austin to think up and then pitch their idea to a panel of technology-expert judges. (Click here for a humourous account of one buspreneur’s experience during the inaugural trip.)

In 2011, the idea expanded to six starting cities and 156 people bound for SXSW, and even launched a similar operation in Europe with 20 buspreneurs.

This year, 11 ‘tribes’ will descend on the Interactive portion of the conference, which commences on 9 March. “We don’t want to define the event by [the] way they get there, but rather where they are from – hence, ‘tribes,’” said Mr Bizannes.

For this year’s full schedule and more information about how you can apply for a future buspreneur spot, click here.