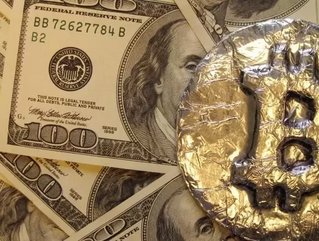 South Korea announced on Wednesday that it is considering imposing a capital gains tax on profits from cryptocurrency trading.

This comes as many across the globe have seen the vast increased in cryptocurrency values like that of Bitcoin, and are concerned about a “bubble” developing.

For example, Phillip Lowe, the chief of Australia’s central bank, this week warned of a “speculative mania”.

Check out the December edition of Business Review Asia!

This week the value of leading cryptocurrency, Bitcoin, surged past $17,000. Many policymakers around the world have looked into regulating the evermore popular currencies, with China banning bitcoin exchanges altogether, though suggesting it will create its own cryptocurrency, and Japan issuing licenses for certain virtual currencies.

At am emergency meeting in Seoul it was decided by the South Korean government to consider taxing capital gains from virtual coins as well as banning minors from opening accounts on cryptocurrency exchanges, according to Reuters.

Currently there is a ban in the country on all financial institutions dealing with virtual currencies. This is set top be upheld.

Thomas Glucksmann, head of marketing at Hong Kong based exchange Gatecoin, told Reuters: “The regulation in Korea will not have a negative effect. Licensing brings certainty, which encourages regulated entities… to get involved in addition to sceptical retail investors.”

If the decision is to go ahead, South Korea will need to uphold investor protection riles and disclose all bid and offer quotes, as well as gaining parliamentary approval.

Currently cryptocurrency is on the up in Asia and Japan and South Korea make up over 50% of global trading volumes.