So You Think Retires as an Australian Great 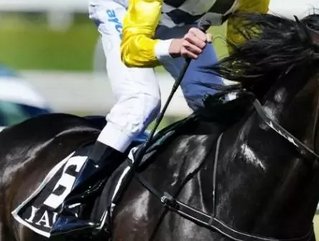 The starting gate forever remains closed for champion Australian race horse So You Think.  Two days shy of the Coral-Eclipse Stakes at Sandown, the stallion was found lame at Ballydoyle in Ireland with a pulled muscle in his hindquarters.

So You Think, the highest-rated son of High Chaparral, was already due to retire after the race. He entered quarantine Saturday and will stand for a fee of $66,000 at Coolmore Australia. At 6 years old, he retires as Australia’s greatest performed horse on the world stage.

“He’s had a wonderful racing career, and now it’s time for him to shine at stud,” said Coolmore Australia’s Tom Magnier. “His book reads like a who’s who of all the best mares and breeders, so he’ll get the best possible start.”

The Coral-Eclipse presented the opportunity for So You Think to record back-to-back wins, adding to his 10 Group One race victories, including the most recent at the Prince Wales’ of Stakes at Royal Ascot. Group One races are the highest level of Thoroughbred and Standardbred stakes races. The colt Nathaniel, last year’s King George winner, took his place in the winner’s circle at Sandown on Saturday.

"So You Think is an extraordinary horse, and it was a real privilege to have had him here at Ballydoyle on loan from Australia," said Aidan O’Brien, who took over So You Think to cross the finish line for the last five of his Group One wins.

At the time of So You Think’s purchase, he was highly acclaimed as the “best Australasian champion of modern times and already a legend,” according to Timeform Racehorses of 2011. This will continue on in his retirement years.