Small markets will be the winners of tomorrow 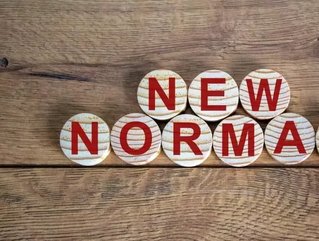 The next few years will be characterised by deglobalisation. There was already creeping isolationism, but the knock-on effects of the crisis will accel...

The next few years will be characterised by deglobalisation.

There was already creeping isolationism, but the knock-on effects of the crisis will accelerate a trend towards more locally focussed investment models. As investors adjust their portfolios to the post-corona world economy, small markets and exchanges – particularly those in Asia – will emerge with newfound importance.

Clearly, the virus has highlighted the fragility of interconnected markets. For many, the lessons of coronavirus are that a robust economy is one which is not dependent on international trade. The implications of this will gradually become clearer but it has fundamentally shifted investor sentiment.

As self-sufficiency comes to the forefront of priorities, investor demand will increasingly be motivated to ensure their money supports the recovery of their country’s economy. We can already see that the effects of the virus on society has altered how investors value different securities according to how the underlying asset contributes to the post-virus economy. People are increasingly motivated to channel their investments into assets which champion sustainability and care for their local environment and community – as demonstrated by ESG funds being driven to new heights.

However, this trend will be driven by more than just market sentiment. The very nature of globalised investments might not function as it has recently. Governments are unlikely to be uniform in their reaction to the crisis and, in trying to control debt levels, it is inevitable that international fiscal policy will change. Currently, capital flows relatively freely across the globe because most countries have clear trading rules yet changes to tax policy will neutralise these international trading workflows and limit global trading.

The trading landscape in Asia will be especially different. Despite recent advances, China’s position in the international trading community has faltered due to the political implications of the virus. You can already see the emergence of an international blame game about how the virus has been handled. Rightly or wrongly, the politics will spill into investment decisions and, assuming there is an escalation of trade tensions between Europe, the US and China, economic ties with China are likely to falter and the capital markets will emerge more fragmented.

Having said this, these changes might not necessarily be bad for the trading landscape. Despite trends in regionalism, those who continue to invest will be looking for alternatives to China. Asia still has huge growth potential so when capital flows from the West, it will be heading to other key regional economies such as Singapore, Thailand and Malaysia. It could be a complete rebalancing of the local markets. The value given to some exchanges in Asia, such as those Hong Kong, are currently inflated. These markets have lots of capital flowing through them, adding to the value of their markets when, in reality, their population and the local economy is pretty small.

As both international and domestic investors look to invest in local assets in Asia, smaller exchanges have an opportunity to capitalise on. In the years after the 2008 crisis, the banking landscape completely changed as the value of the world’s biggest banks was revised. It’s possible we’ll see a very similar phenomenon with exchanges. Whereas 2008 was a banking crisis, the current crisis is one of the whole economy, and exchanges are the true representation of the economy.

As regionalism becomes more crucial in the coming years, it is essential that market makers ensure capital can flow as freely as possible by connecting to smaller, local exchanges in Asia which have previously been overlooked. If successful, exchanges which have previously had little weight will find themselves with an upper hand.

This article was contributed by Sylvain Thieullent, CEO of Horizon