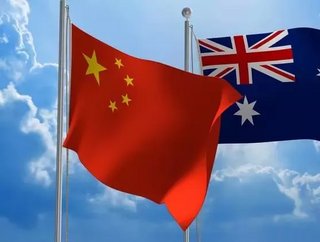 As a child, Sinorbis CEO and co-founder, Nicolas Chu, wanted to be a gardener so he could grow his own food and wouldn’t have to work.

The global digital thought-leader recently raised $3.9 million for his start-up, Sinorbis – which helps Australian brands enter China – and he’s so passionate about it, one could argue that he has fulfilled his early dream, whilst proving that money does, in fact, grow on trees.

In June, Chu and his Sinorbis co-founder, successful online entrepreneur, Allen Qu, launched their innovative Cloud-based marketing platform – which allows companies to do digital marketing in China – at the Access China summit.

“Access China really covers the full spectrum, from big companies to SMEs, start-ups, universities and higher education entities,” says Chu. “We tried to cover all the different aspects of digital space in China, whether it is just introduction, analytics, e-commerce.

“By the end of the Access China summit everyone had a really good understanding of the ecosystem. Not just that it’s a big market but also what it takes to be a success there. It's not impossible to crack it, but you need to know what to do and how to do it.”

China is Australia’s biggest trade partner and represents approximately 23 percent of the world’s internet population, but runs on a completely different ecosystem to western countries. It has no Google, Facebook, Wikipedia, YouTube or Twitter – instead each search engine in has its own Baike, which is the Chinese equivalent of Wikipedia.

For Australian companies to navigate all this, they must relearn how to do digital marketing from scratch, including changing the way they browse, understanding what can and can't be done and adapting their message, as most likely, their websites aren't even visible from China.

“Chinese consumers have become extremely important for businesses in Australia,” Chu explains. “The last few years has seen an explosion of demand from overseas products and services in China, driven by the explosion of the upper middle classes.

“It used to be just luxury and fashion, now it's every single vertical. For example, in education, 27 percent of international students in Australia are from China.

“But if you use Google or Facebook to promote your brand or sell product online, you’re missing this opportunity. You can't just translate your website to Chinese and think it will be adapted.”

As a result, Sinorbis has developed a cloud-based marketing platform that allows companies to do digital marketing in China without any knowledge of those channels.

“We’ve built a tool that allows companies and agencies to do it, and it's fully optimised with the search engines in China,” he explains. “The only way you can do it is to work with local partners on the ground, so we give out these tools.

“An element of why we’ve been able to grow so significantly is to have a strong product where we become the demand. And I also think we have a very strong team.”

Chu says the three main steps to crack the Chinese market are, “to understand what needs to be done, adapt the model and invest”. And he warns it can take anywhere from six months to a year to start seeing some results.
“Again, you need to start from the basics – if you don't have a website in Chinese, you need to have a website in Chinese,” he adds. “It sounds obvious but not only a Chinese website designed for Chinese consumers, but host it in a way so it’s visible out of China.

“Some clients came to me and said, ‘We have a Chinese website,’ but it was hosted as if it was in the US and not visible from China.

“It was taking more than 30 seconds to load the page. And you need to optimise your website to be visible in China.”

In e-commerce, the Chinese market share is dominated by three players – Taobao, Kimo and JD.com. Taobao is more like eBay, while Kimo is similar to Amazon – and for maximum exposure, companies need to be on those sites.

“PayPal and Visa are almost non-existent in China, which has its own version of everything, including different forms of payment,” adds Chu. “You can still have your e-commerce website but you’ll need to adapt the form of payment.”

There have been several food scandals in China over the last few years, including the use of melamine in ‘fake’ baby milk powder in 2008, which killed six babies and made 300,000 ill.

“When the general population are looking for high-quality products, they look to Australia,” he adds. “Everything related to natural, organic and pure has a very good reputation in China, especially when it’s coming from another country.”

He claims Chinese consumers are also much more tolerant to advertising than their Australian counterparts, so businesses can easily monetise products through advertising.

“It doesn't mean that a subscription is not going to work in China,” he says. “It just means that in general, Chinese consumers are not big fans of subscription models where they have to pay every month for a service.

“So, if your whole business model relies on subscription, we recommend other ways to monetise.”

It’s certainly worth listening to Chu’s recommendations. A digital specialist for 20 years, he was also Expedia’s Managing Director and Global President for HotelClub and eBookers, managing 30 different markets and turning over $2.5 billion dollars.

He claims that while we understand China’s market, businesses now need to understand what they need to do for longevity there.

“In 18 months, I see a situation where you will have more and more SMEs – not just big brands – in China,” he adds. “And I hope Sinorbis will continue opening it to major suppliers like Alibaba, who are here, and their target is really to open the door to web search in China.

“We hope we’ll continue to do this in spurts so smaller companies to penetrate this market too, because what is difficult and different is not impossible if you have the right tools and you know how to do it.”