Singles’ Day: why Alibaba made over $38bn in sales 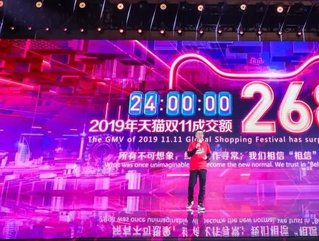 Singles’ Day takes place on the 11th of November every year, eclipsing similar events such as Black Friday or the Boxing Day sales. In 2017, more than $25bn was spent on Singles’ Day by Alibaba shoppers, in 2018 more than $30bn. This year’s figure of $38.4bn eclipses that comfortably.

According to Alibaba, 200,000 brands were involved in the sale, with 22,000 of those being foreign. It took only one minute and eight seconds after its opening to reach sales of $1bn, while after an hour $12bn had been raked in.

The event was supposedly not started by the company, instead being inaugurated by students at Nanjing University in the 1990s. Nevertheless, it is closely associated with Alibaba, which lays on a gala with celebrity appearances to celebrate the event.

This year, Taylor Swift received top billing, her star power demonstrating both Alibaba’s irresistible heft and the esteem in which the company holds Singles’ Day. Prior appearances have come from the likes of David Beckham, Nicole Kidman and Pharrell Williams. This year’s Gala was also the first to be broadcast outside of Asia.

“This year we generated $38,379,306,366 in GMV but beyond the big numbers, Alibaba's Global Shopping Festival offers a fascinating insight into the future of retail in China,” said David Lloyd, Managing Director UK, Netherlands and Nordics. “For the brands that take part, it's not just about sales and engagement, but brand-building, using entertainment, data-driven product innovation, consumer insights and star power to attract shoppers.

“One of the most exciting new trends in consumer engagement is livestreaming – particularly for international brands looking to reach new customers. Working with Key Opinion Leaders (KOLs) via livestreaming is an extraordinarily powerful way to bring products to life.”