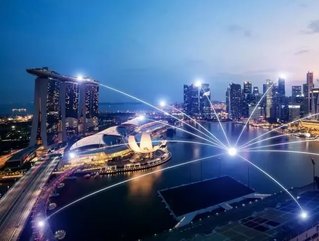 Singapore has not only risen the ranks in Bloomberg’s top innovative countries in the world, but has also recorded the largest amount of start-up investment for 2017 in Southeast Asia.

Funding for Southeast Asian start-ups rose to a record high in 2017 as late-stage companies were continuing to attract investment backing, Tech in Asia has also reported that investments at series B level were on the rise.

GrabPay and oBike partner in Singapore

Internet economy in Southeast Asia to be worth $50bn in 2017

Singaporean businesses received 71.2% of the funding, with Indonesia taking a significant chunk at 22.1%.

Tech in Asia also outlined the sectors which attracted the most money in Southeast Asia, with $3.18bn invested in Fintech, $2.87bn in ecommerce and $553mn in gaming.

Also this week, Bloomberg released its list of the most innovative countries in the world, and three Asian nation made the top ten.

South Korea was named the most innovative country, ahead of Sweden at number two.

The index measured based on a number of criteria including money spent on research and development, and concentration of high-tech public companies in the country. As such Samsung, which has received more patents than any other business this century, helped South Korea to stay on top for a fifth consecutive year.

Japan was at number six to complete the Asian trio, but Singapore made the most impressive strides jumping ahead of Germany, Switzerland and France into third place. This included a top score for tertiary-efficiency in education.

This was a category the US fell down on, leaving the top ten this year due to a decrease in the number of new science and engineering graduates in the labour force.

Look out for Singapore as February’s Asia city focus in Business Chief!