Singapore and Vietnam sign agreements on LNG and FinTech 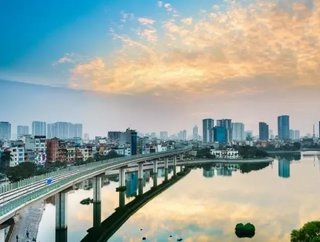 A number of MoUs have been signed between Singapore and Vietnam to enable the countries to work together in areas such as FinTech and LNG.

One such MoU concerns LNG development in Vietnam. Singapore will share information and best practices with Vietnam and the two countries will build up technical capacity between their private and public sectors.

Another MoU was an agreement on financial innovation, in which the two countries stated they would work together to develop FinTech. The Monetary Authority of Singapore (MAS) and the State Bank of Vietnam (SBV) will strengthen their existing cooperation. The partnership will involve innovation between the two countries and ensure that FinTech businesses in each nation understand the regulations and opportunities in the other, to help them trade across a wider market.

According to Finextra, the Managing Director of MAS, Ravi Menon, stated: “Singapore and Vietnam share a common interest to improve supervision in our banks, and to promote financial innovation.” He added that the new partnership would “improve the quality of financial services and enhance financial inclusion” across ASEAN.

The media platform also reported that SBV’s Governor, Le Minh Hung, stated: “Vietnam and Singapore have developed close cooperation in the banking sector in the past many years.” He said the signing of the agreements would deepen and broaden cooperation between the financial institutions, “contributing importantly to the development of the strategic partnership between the two countries”.

The countries will also commit to organising events throughout the year to strengthen economic and political relations, as well as working together to reach sustainability goals.

According to Channel News Asia, Singapore’s Prime Minister Lee Hsein Loong stated: “Our two countries are also working closely on sustainable development… NParks is working together with the Hanoi People’s Committee on greenery planting, we support Hanoi’s plans to plant one million trees over the next five years and we hope to see more green spaces.” Hanoi, along with Ho Chi Minh City and Da Nang are set to become part of the ASEAN Smart Cities Network being set up by Singapore.