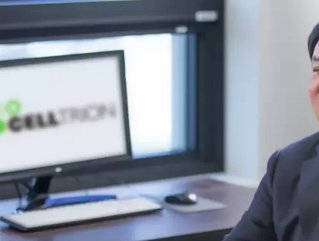 From just US$45,000 capital in 2003 to a world-leading biopharma giant with revenues of US$1.69bn today, Seo JungJin is crowned EY World Entrepreneur 2021

Seo JungJin, founder of biopharma firm Celltrion, which most recently developed an antibody treatment for COVID-19, has been named the EY World Entrepreneur of the Year 2021, becoming the first South Korean in the award’s 21-year history.

Regarded as one of the world’s most prestigious business awards program for entrepreneurs, the EY Entrepreneur of the Year celebrates visionary and innovative leaders from across 60 countries who are transforming the world and fostering growth.

JungJin, who is now honoroary chairman of Celltrion Group, was up against a worthy cast of entrepreneurial competitors, taking the crown from among 45 award winners across 38 countries and territories.

Speaking during the virtual event, JungJin described his own interpretation of entrepreneurship as something that brings together “a group of people toward a common vision, embracing challenges as opportunities and committing oneself to contribute to the greater good”.

Why was JungJin crowned King Entrepreneur?

A South Korean native and now 63 years of age, JungJin founded biopharmaceutical firm Celltrion in 2003. In the nearly two decades since its founding, Celltrion has lived up to its goal of advancing health and welfare for all by developing ground-breaking drugs to treat autoimmune disease, various forms of cancer and, most recently, COVID-19.

The company, which JungJin started with just US$45,000 and five of his colleagues, has since growth to more than 2,1000 employees with sales permits in more than 90 countries and revenues exceeding US$1.69bn.

According to the panel, JungJin’s story is a shining example of the power of an unstoppable entrepreneur to change the world with the pandel moved by both his incredible story and his purpose-driven leadership, innovative mindset and entrepreneurial spirit.

Described by the chair of the EY judging panel Rosaleen Blair as “representing everything an unstoppable should be” from taking on the world’s biggest health care challenges to consistently creating long-term value for his company, JungJin’s story is one of incredible tenacity and perseverance that the judging panel felt most represented the entrepreneurial spirit.

“He’s taken breathtaking risks, both personal and professional, to found Celltrion and grow it into one of the world’s leading biopharmaceutical companies,” says Stasia Mitchell, EY Global Entrepreneurship Leader. “His passion for creating affordable, life-saving health care and flair for tackling global problems has led to many treatments that have helped millions of people worldwide and was especially evident this past year through the creation of a COVID-19 antibody treatment.”

How did JungJin get there?

JungJin's entrepreneurial journey started at an early age when he worked as a taxi driver to get himself through Konkuk University in Seoul, South Korea. After studying industrial engineering, he rose through the ranks of Daewoo Motor Co. before losing his job amid the carmaker’s financial troubles following the 1997 Asian economic crisis.

Following this, JungJin started collaborating with colleagues to explore business opportunities in different industries, though none delivered lasting success. The turning point came after he attended a talk hosted by renowned scholars, which inspired him to focus on the biopharmaceutical sector.

And so he founded Celltrion with just US$45,000 of his savings. The launch of Remsima, credited with being the world's first antibody biosimilar, quickly moved Celltrion up the ranks of the country's fairly underdeveloped pharmaceutical sector. Celltrion followed this success with the launch of drugs for breast cancer and lymphoma that today are being used worldwide.

With ambitions to be the world’s first in different areas, Celltrion has pioneered numerous uncharted areas to great success over the past two decades, most recently responding to the global pandemic by successfully developing an antibody treatment for COVID-19 and working to ensure a timely supply of the safe and effective treatment.

“When I first started, my vision was to help patients gain access to safe, effective and affordable medicines and thereby enhance the quality of people’s lives,” explains JungJin. “The success of Celltrion has enabled me to expand on this while finding new ways to fuel my entrepreneurial drive.”