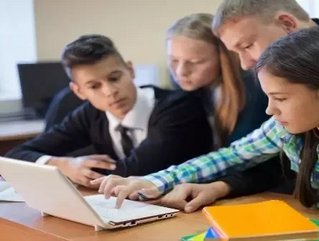 A computer scheme that equips every school student from Year 9 to 12 with a laptop may come to end next June, the Herald Sun reported earlier this week.

The program, which relies on funding from the National Secondary School Computer Fund, has installed more than 911,000 computers since its inception, covering the $1000 cost of each computer and up to $1500 in installation and maintenance fees. The Kevin Rudd-led government launched this $2 billion, four year program as part of its “Digital Education Revolution.”

Therefore, the ending of this program has educators fearful that students from 2014 onwards will be at a ‘digital disadvantage’ if parents cannot afford to pick up the bill.

"A big reason for that (the National Secondary School Computer Fund) coming into existence was to close that digital divide; that equity gap that existed within education,'' Joseph Sweeney, author of the Bring Your Own Device In Education report, told the Herald Sun.

"It's fine if your family can afford a computer. But if those funds are not there for you in the family then you're not going to have a computer in the school. Therefore, are you at an educational disadvantage?

"If kids have to get their own computer and software they are looking at about $600 worth of software costs.''

While a BYOD policy would certainly cut costs from an IT standpoint, security could become an issue.

“Students brining their own laptops to school has [the] potential for undesirable applications being brought into school, viruses passed around, and content downloaded elsewhere brought it,” wrote Leonie Smith, whose son will be a Year 9 student in 2014.

However, Mal Lee, a former principal and director of schools in the Australian Capital Territory and an internationally recognised expert in the field of BYOT (Bring Your Own Technology) told the Sydney Morning Herald that this policy, already being trialled in many schools, signifies a more trustful relationship between school administrators and students:

"I've had conversations with principals who found that when they started to trust the kids, the whole relationship changed,” Lee said. “Once they sense they're trusted, kids rise to the occasion. It's better than spending time chasing after students all day, trying to catch them out with technology and reprimanding them."