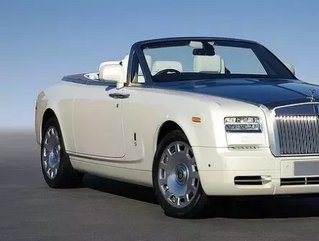 Australians benefiting from the mining boom in the resource-rich regions of Queensland and Western Australia are the key targets of Rolls-Royce.

After lower-than-expected sales of Ghost in 2010, the Phantom Series II boasts a 6.75-litre V12 engine and wallet-appealing descriptions, such as the “pinnacle super-luxury car” and “a statement of success and a statement of achievement.”

Mining millionaires would pay about $855,000 for the base sedan or $1,075,000 for the drophead coupe. These figures are before customisation options through the Rolls-Royce bespoke program where most Australian owners opt to indulge, including 44,000 colour choices.

An updated version of Rolls-Royce’s flagship Phantom line was launched in Melbourne on Wednesday, while potential Sydney customers will have the opportunity to view the car on Nov. 28. A showroom in Western Australia is set to open mid-2013.

Sales figures are expected to increase once businesses are established in Queensland and Western Australia, says Paul Harris, the Asia-Pacific regional director for Rolls-Royce Motor Cars. Fifteen cars have been shifted this year, up from selling nine in 2009.

“We know there is potential in that market,” Harris added.

The revised Phantom offers these advancements: