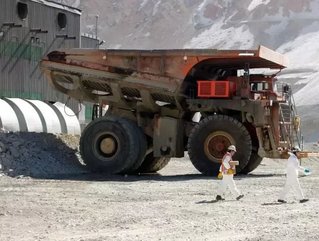 Anglo-Australian mining company Rio Tinto is preparing an offer for a minority stake in Teck Resources’ Chilean copper mine expansion project, according to Reuters

Vancouver-based Teck’s Quebrada Blanca copper mine project is worth US$4.8bn, with the company seeking a development partner able to contribute $2bn in exchange for a 30-40% stake.

According to Mining.com, the Quebrada Blanca mine’s remaining lifespan is dwindling, but the proposed expansion is expected to prolong activity for another 25 years or more.

Reuters’ sources said that Rio Tinto is not alone in its interest, with final offers expected from Japanese firms Mitsubishi and Sumitomo Corp among others.

Copper is seen as one mining’s more bankable metals at present, with many firms seeking to add fresh copper mining operations to their portfolios amidst depletion of existing reserves and the ever-increasing production of electrical components and appliances that use copper as a conductor.

China’s Aluminium Corp and Canada’s Lundin Mining are also understood to be interested in Teck’s project, Reuters said whilst adding that Canada’s Freeport has all but withdrawn any intention to make a bid.