Rio Tinto is Equipping the Pilbara with 4G 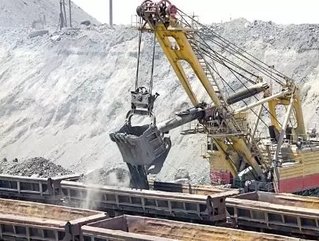 The company’s West Angelas iron ore mine will become the resource industry’s first site in the Asia Pacific region (outside China) to be equipped with the mobile broadband technology.

Provided by Alcatel-Lucent, the coverage will encompass a 40-square kilometre area and will replace the satellite and standard radio networks currently used by mine workers.

“The mining, oil and gas industry has been a strategic target for us for some time. We’re gaining some real momentum in this particular area,” Alcatel-Lucent Australia president and managing director Sean O’Halloran said in a statement.

“This is the first deployment of its kind and is a result of a collaborative and interactive process with Rio Tinto. It will provide a strong foundation for any future rollouts of private LTE networks to enhance operations at other locations.”

According to the AFR, the French telecommunications company was commissioned over Huawei and Ericsson to take on the project, which will cost an estimated $2 to $3 million to implement.

According to Computerworld Australia, Rio Tinto is looking to expand its operations in the Pilbara to 353 million tonnes by 2015.