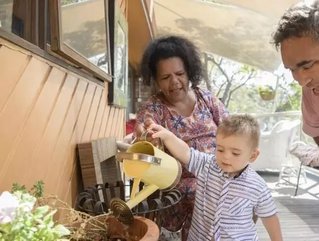 Australian mining titans BHP and Rio Tinto have endorsed the Uluru Statement from the Heart, a drive for establishment of a First Nations Voice in Australia’s constitution and a Makarrata commission

The Uluru Statement from the Heart, first posited at the First Nations National Constitution Convention in May 2017, is an Indigenous statement regarding constitutional recognition that has since undergone considerable consultation at 13 regional forums.

In its statement, Rio Tinto said the consultation process is the most significant to date with the Australia’s Indigenous population of around 600,000 people.

“A First Nations voice to parliament is a meaningful step towards reconciliation. It would empower Indigenous Australians and it would make sure Indigenous people have a say on the legislation, policy and programs that shape Indigenous lives, families and communities,” said Andrew Mackenzie, CEO of BHP, in Rio Tinto’s press release.

“We will work with Australia’s leaders, and use our voice to support the call to give Indigenous Australia the constitutionally-enshrined voice it deserves.”

“Enshrining the First Nations Voice in the Constitution is important to ensure continued participation in decisions about Indigenous rights and interests. We believe national conversations around constitutional reform must continue as a priority for our country.

“As the largest private sector employer of Indigenous people in Australia, we look forward to working with Indigenous communities, State and Federal governments and the rest of Australia to take this next step towards reconciliation.”