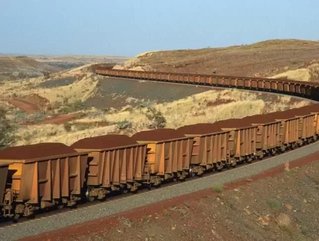 The JV in question, the Bao-HI iron ore project in the Pilbara region of Western Australia, has reached sales of over 180mn tonnes since its 2002 inception.

In the statement, Rio Tinto said the agreement to explore an extension of the JV indicated a reinforcement of the mining firm’s ties with Baowu as well as the recognition of the substantial qualities each partner brings to the table.

Rio Tinto has begun a pre-feasibility study into the Western Range project, a facet of the JV, in Pilbara and expects to complete the research by the end of 2019.

“The signing of this agreement is a significant milestone in the partnership between Rio Tinto and Baowu that extends back more than four decades and was enhanced with the creation of the Bao-HI JV,” said Chris Salisbury, Chief Executive of Rio Tinto Iron Ore, in the press release.

“The success of this relationship has contributed to the growth of both our organisations over many years and is one which continues to develop and strengthen over time.”