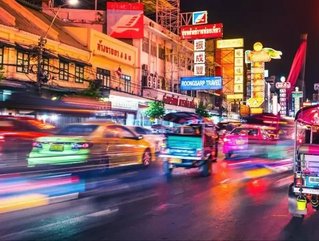 Southeast Asia’s startup scene is undoubtedly an attractive proposition, as news an American fund backed by Jay-Z is investing in the region proves.

The appeal is not hard to understand. The region as a whole has a population of over 650mn and, as a report co-authored by Google earlier this year suggests, 360mn of them (roughly 55%) are internet users. 90% are connected through mobile means, making it no surprise that the biggest startups in the region tend to be mobile platforms with “super app” aspirations. Such an approach sees a suite of services being offered inside the same application, such as digital payments or food and parcel delivery

One of the largest tech investors in the region is San Francisco-based venture fund 500 Startups. It invests in the region through its 500 Durians funds, named after the divisive fruit from the region, which is either a delicacy or evocative of rotten flesh, depending on whom you ask (I had a Durian flavoured sweet once. It tasted like petrol and not in a good way.).

One of 500 Startups’ investments has been in ecommerce marketplace Carousell. The Singapore-based startup was founded in 2012 and offers C2C and B2C sales with a focus on used goods. Its series C, which 500 Startups participated in, raised $85mn in 2018.

Successful startups in the region have themselves launched programs to incubate the success of compatriots. Ride-hailing giants in the form of Singapore’s Grab and Indonesia’s Gojek have found success at the expense of foreign competitors such as Uber thanks to their knowledge of local markets, an expertise they are leveraging for the success of startups in their own incubator programs. Grab’s Seed Accelerator Program and Gojek’s GO-Academy operate in Singapore and Indonesia respectively.

According to the report, more than $37bn has been invested in technology and the almost 3,000 startups located in the region.

Unicorn count: 5 in Indonesia, 1 in the Philippines, 2 in Singapore