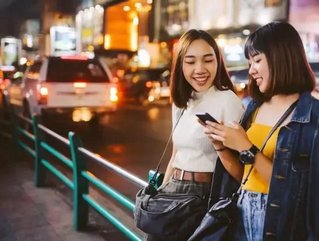 Southeast Asia (SEA) is one of the most dynamic and entrepreneurial areas in the region, with one of the most promising industries being technology, as a new report emphasises.

That’s been powered by the rise of mobile internet. A decade ago, just 20% of the population had internet access. Today, SEA sports 360mn internet users according to the report (roughly 55% of the total population), with 90% being connected via mobile means.

The prevalence of mobile connectivity has resulted in a thriving technological scene, keen to take advantage of the aspirations of a newly tech-savvy populace.

One prominent area of growth is in ride-hailing, with Singapore’s Grab and Indonesia’s Gojek the dominant forces. Grab acquired Uber’s operations in the region in 2018, leveraging its local knowledge to deliver a product more tailored to the local market. In a similar vein, Gojek got its start specialising in two-wheeled ride-hailing, with its very name referring to the ubiquitous local motorbike taxis.

As regional companies such as these have grown their customer bases, they are increasingly transitioning into so-called “super apps” in order to drive new forms of engagement. This approach sees a suite of services being offered inside the same application, such as digital payments or food and parcel delivery.

More than $37bn has been invested in technology as well as the almost 3,000 startups located in the region. A sizeable chunk of that has been snapped up by SEA’s unicorns, such as the aforementioned Gojek and Grab.

With the report predicting SEA’s internet economy to rise to $300bn in 2025, SEA is set to continue its meteoric rise in the technology space, powered by tech companies of the established and new variety.