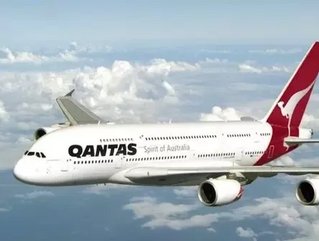 After shedding 500 engineers from its Tullamarine and Avalon bases, Qantas CEO Alan Joyce has announced a new shake-up: the carrier will split its international and domestic businesses in two in an effort to up the profitability of the international division.

Simon Hickey, the former CFO of Lend Lease America, will oversee the troubled international division. He is responsible for devising a strategy that will allow the operations to “break even within three years and return a cost of capital within five,” The Australian reported. He has also been tasked with eventually establishing a premium airline in Asia.

This restructure will put the Flying Kangaroo on a more sustainable path towards success, assures Mr Joyce.

"These measures give us the right structure to address the challenges and opportunities we face and the right people," he told the Daily Telegraph.

These measures might also drive up international fares by as much as 10 per cent, according to former Qantas chief economist Tony Webber.

"Right now there's a basic supply versus demand issue where there are too many empty seats, so I think they have to get prices up by up to 10 per cent but what that will also mean is they they'll have to lower the number of seats they offer to counter that," said Mr Webber to the Daily Telegraph.

The restructure has resulted in the loss of two key Qantas personnel: Bruce Buchanan, CEO of the Jetstar Group, and Rob Gurney, group executive commercial and freight.