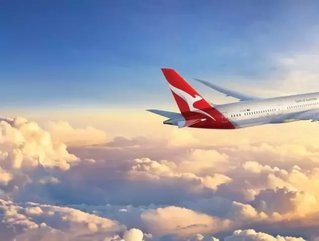 From Brisbane, the Qantas Dreamliner is capable of flying non-stop to destinations such as Seattle, Chicago and San Francisco in the United States, Vancouver in Canada, as well as Asia.

The first of eight Dreamliners ordered by the national carrier will be delivered from Boeing in late October this year, and the first to be based in Brisbane will arrive in mid-2018. All four Brisbane-based aircraft will be in place by the end of 2018.

Qantas Group CEO, Alan Joyce, said: “Queensland is the birthplace of Qantas and it’s fitting that we will base four of our Dreamliners in the state. The 787 offers a step-change for customers in terms of comfort and efficiency and we are pleased Queenslanders will be able to experience them direct from Brisbane.

“Each aircraft we base in Brisbane brings new jobs. One hundred and twenty of our Dreamliner cabin crew and pilots will be based in the city, with many choosing to settle in the state. A further 350 indirect jobs are expected to be created as a result.

“We’ve said that initially our Dreamliners will replace the routes that our older 747 fly but there are also new destinations we are looking at given the capability of the aircraft. A range of exciting options is on the table that will help drive tourism to the state and we look forward to making that decision in coming months.”