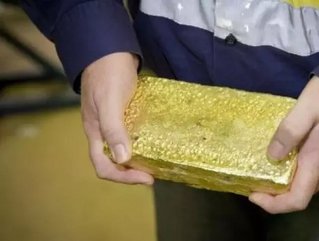 The atmosphere among gold explorers and producers at the Diggers and Dealers mining conference in Kalgoorlie this year was noticeably lighter than the sombre tone of last year’s gathering. West Australian gold miners are upbeat about their new projects as the industry is in rebound mode after a fall in the price of precious metal in 2013.

This time last year, smaller precious metal exploration companies were struggling to stay afloat, but now, with gold currently trading around $US 1,290 per ounce, some explorers and gold producers are seeing a shift up in the market.

Based in the Murchison region of WA, Doray Minerals has met its production and cost guidance in its first year as a producer. It transitioned from an exploration-based company to production to take advantage of the cheaper drilling rates the industry has seen.

Because of this transition, the company has been able to pay back $41 million – 75 percent – of its debt. While it produces, the cheaper drilling rates will afford the company time to save up for future exploration projects.

Doray’s Andy Well mine has produced healthy margins for company, producing 62,574 ounces over the last year. This added up to a revenue of $110 million at an average gold price of just over $1,500 an ounce.

Despite their production success, Doray Minerals is cautious about kicking off new operations; the Andy Well gold project is one of highest-grade and highest-margin gold operations in Australia, and it would be difficult for new sites to reach that level of productivity.

Phoenix Gold and Norton Goldfields are finding mutual benefits by teaming up their operations. Phoenix, another Kalgoorlie-focused gold exploration and development company has left the door open for Norton to process ore from their Castle Hill project. Recently, Norton has taken Phoenix up on the offer.

The move helps Phoenix with their efforts to begin producing gold and allows Norton to keep its mill operating at a greater capacity, to the benefit of potential increased profits of over $17 million over two years.

"Mining a series of staged open pits with treatment at Greenfields Mill, working with Norton Gold Fields on the licence to mine and unlocking the value of lower grade ore has the potential to generate three streams of cash flow," Phoenix managing director Jon Price said.

Phoenix’s COO Grant Haywood echoed the uplifting sentiment of the Diggers and Dealers conference, expressing the hope that the company will be able to build its own mill after two years of production.