Powershop: the power of people 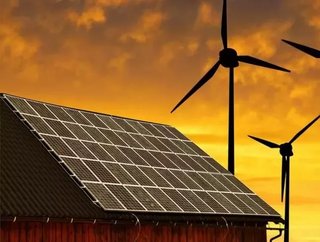 Powershop was founded by Ari Sargent in December 2009. A veteran of the wholesale energy industry he had spent the previous six years working for Meridian Energy, New Zealand's largest energy generator and fourth biggest retailer.

What is unique about Meridian is that it is 100 percent renewable, with nine hydro-electric stations, six wind farms and a large solar installation on the island of Tonga. By 2006, Greenpeace been declared it to be the only 'green' electricity company in New Zealand. And the following year it received CarboNZero certification from Landcare Research confirming that its electricity generation and retailing was carbon neutral.

Sargent had spent two or three years in Australia looking at the retail opportunities for Meridian. “I was trained as an engineer, and my career grew essentially on the wholesale and energy side of the business. I had never been involved in retail, but I had increasingly wondered why retail pricing should be so complicated.

“When you buy food you see the product on the shelf and make the decision to buy based on current price: why should electricity be something you pay for it after you use it, until when you have no idea how much it’s going to cost you?”

It was time for a bit of healthy disruption in the industry. Today Powershop, based in Melbourne and with support teams in both Australia and New Zealand, is Australia’s only electricity retailer to be certified 100 percent carbon neutral by the Australian Government. It was also ranked the greenest power company by Greenpeace for both 2014 and 2015.