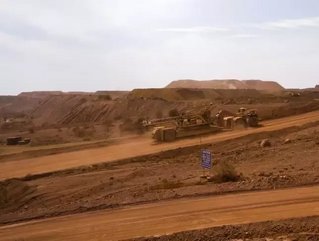 Efforts are underway to diversify Australia’s exports, but iron ore, LNG and coal form the basis of key trading relationships with markets like China, Japan, Malaysia and Korea. Huge investment has been made in new construction projects and expansion works for production, storage and transportation of these commodities. The bulk of capital expenditure for the largest of these (e.g. South Flank, Koodaideri and Eliwana iron ore projects) is being delivered in the current financial year and will ramp up in the months until July 2020. Rio Tinto recently announced $1 billion investment in its Greater Tom Price operations, which together with expansion works being discussed by other firms are signs of industry confidence in long term market prospects.

Queensland and Western Australia have been the main breadwinners in the success of Australia’s Resources sector. The two states produce two thirds of Australia’s exports to its largest trading partner China. While economies globally are seeing lower levels of growth, the opportunities in trade are still huge due to the volumes that are involved. The global downtrend hasn’t stopped Australia looking to increase its trade with other regional powerhouses Japan and Korea, particularly with ongoing US-China tensions and the Made in China 2025 plan.

Providing the labour needed in remote locations that major Resources projects are in is challenging due to the healthy national labour market. Despite good intentions, the federal government hasn’t helped: following Resources sector investment declining over several years (primarily in Western Australia and Queensland) the government responded by investing heavily in infrastructure projects (primarily in NSW and Victoria) to make up for flagging economic performance.

These infrastructure projects have contributed to a decline in inter-state migration, led to reallocation of resources, realignment of educational priorities and provided alternatives to FIFO (fly-in-fly-out) work. With plenty of opportunities in major cities, being away for weeks at a time is no longer necessary. Furthermore, the resulting high employment has restricted wage growth. This comes against a backdrop of tightened visa regulations for much needed migrant workers and a greater emphasis on an Australian workforce.

To further complicate things for the Resources sector, the infrastructure influx has provided greater inroads for MNC engineering construction firms. Spanish firms Acciona, Ferrovial and ACS have all significantly increased their Australian footprints. ACS’s owner Florentino Pérez‎ is no stranger to shrewd business deals, much like the Spanish soccer club Real Madrid of which he is President. Well known Australian brands CPB Contracts, Leighton, UGL and Thiess all fall under CIMIC Group, owned by Hochitef, which itself was subject to a hostile takeover by ACS.

French firm Bouygues and the Italian construction giant Salini Impregilo have been competing with local contractors and entering JVs. Such MNC firms are less affected by delays in projects compared with local firms like Decmil and York Civil, with the latter ceasing to trade altogether. With a 20-30% shortage of key skills, project costs are bloating and MNC firms are bringing in their own talent from overseas to plug the gap. Consequently, skilled migration remains high, but the balance has shifted from Resources to infrastructure talent. There has been a sharp rise in civil engineering talent and Wilbury Stratton has seen a notable increase in requests to identify electrical, structural, mechanical and piping engineers, which are critical to the Resources sector and in short supply.

The dynamic of the labour market has undoubtedly changed. Despite this, we find ourselves in a new period of sustained Resources sector activity. The team at Wilbury Stratton recently analysed 150 projects and forecasts the creation of 92,000 new jobs in 2020 as a result of productions under construction and pending FIDs. Many of these will be in Western Australia and Queensland. Furthermore, we forecast that Australia’s portfolio of LNG projects will create around 103,000 new jobs between now and 2021.

Since the downturn, the labour market has been stretched leaving a fragmented and more disparate workforce. Many workers who came to Australia have now returned home, and Australian workers have been poached to work in other countries where their skills are in demand. A major opportunity for firms is to tap into the Australian diaspora to attract talent overseas with plans to return. Firms are accessing this often-untapped talent pool through targeted campaigns and talent mapping.

Iron ore prices are already being forecast to decline by the end of 2020. With emerging commodities like lithium, cobalt, titanium and rare earths being so critical to green energy Australia will however remain a hotbed of Resources activity for decades to come. Due to such a cyclical environment it is crucial that business and government maintain current levels of interest and investment in the Resources sector and skills required for the future – rather than diverting attention elsewhere.

Decisions being made in 2020 need to deliver results for the next decade. Sensible firms are planning talent requirements for the next five years and putting steps in place to ensure that they have visibility of – and quick access to – talent required for future projects. As we enter a new decade and era for the Resources sector the conditions are creating a perfect storm in 2020. The labour market is wary of alluring Resources sector jobs that will vanish when the next downturn comes, there is now precedent and lessons to be learned from, the geopolitical climate has changed and businesses must be aware of all factors when competing for new projects and talent.