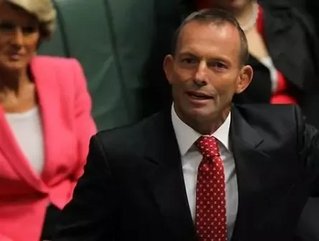 The Australian Department of Finance is checking its parliamentary list of big spenders and publicly shaming those who failed to verify expenses on its “name and shame” record, the first ever released.

Topping the list of serving and former parliamentarians is the Opposition Leader, Tony Abbott. Abbott paid about $590,000 in entitlements for the first half of 2011, according to The Sydney Morning Herald. Parliamentarians are entitled to a significant amount of allowances per year for domestic and overseas travel, office fit-outs and family travel expenses.

It is not yet required for politicians to sign off accounts for public record; however, they are expected to verify the expenses were for proper reasons in a “management report” that tracks their six-monthly account. Failure to comply has resulted in being placed on this financial shame list.

''I certainly would not want to be a parliamentarian so named and that of itself, I think, would be a significant sanction,'' Faulkner said at a 2009 Senate estimates hearing. ''What people want to see is the management reports certified and provided to the department.''

Weaknesses still exist in the self-certification system, primarily being that it is voluntary, according to a 2009-10 Auditor-General’s report.

In response to the “name and shame” list, a spokesman for Abbott said his management report was not certified yet because they had raised query with the Department of Finance.

''Our office rigorously checks all expenditure to ensure that it is within entitlement," the spokesman said.