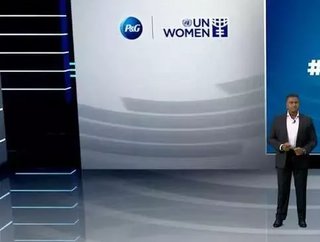 From achieving a 50-50 gender balance across its management to introducing a new parental leave policy, P&G takes regional action on gender equality...

Procter & Gamble (P&G) has committed to taking bold action in 2021 and beyond to drive gender equality across Asia Pacific, Middle East and Africa.

This commitment by P&G to take action on diversity across these regions, announced at the third annual P&G and UN Women #WeSeeEqual Gender Equality summit for the region, comes at a time when women’s equality in these regions has been impacted by the pandemic.

Already a well-known advocate for gender equality, P&G not only shared its own experiences and insights on leveraging its voice in advertising and media to reach millions of people, challenging rigid gender roles and empowering men and women, but further committed to action a number of equality goals.

According to Magesvaran Suranjan, P&G President for Asia Pacific, Middle East and Africa, P&G has already made “great progress on gender equality”, but in order for such progress not to erode “we must act now to ensure that while we continue responding to the health and economic crisis, we find ways to progress women’s economic empowerment and equality, in education, in the home and in the workplace”.

Putting its money where its mouth, P&G made a number of commitments to take action on gender equality across the regions of Asia Pacific, Middle East and Africa:

In addition, P&G announced the formation of the P&G Young Leaders Council, which will serve to advise the company on gender equality matters internally and externally.

This year’s summit was built on the theme #Unsaid and #Undone and focused on addressing in particular the challenges of gender and women’s equality brought about by the pandemic.

As well as global and regional P&G leaders, it brought together leading voices from across the regional private and public sectors, including PepsiCo’s former CEO Indra Nooyi and the UN Women’s Deputy Executive Director Anita Bhatia, to address these challenges and to commit to the actions needed for progress.

Among discussions was acknowledgment of societal and family challenges at this time, the importance of equality-based policies, the recognition of stereotypical expectations of men, and the role of advertising and media in changing bias.

Bhatia stated that while progress made over the last few decades in gender equality wast at “risk of being rolled back due to the impact of COVID-19”, the pandemic had also “forced us all to think differently and given us the opportunity to re-build better – without the power imbalances and gender discrimination of the past”.