Why Tony Abbott should not eliminate gender reporting in the workplace 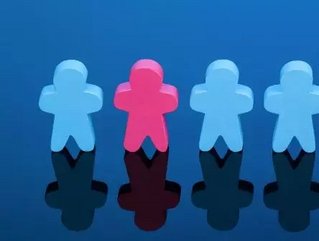 Red Tape Day – a biannual event for the Australian government – today started hacking away at the obstacles clogging up efficiency for many businesses. One of the regulations speculated to be cut was an initiative to increase mandatory gender reporting for companies with 100 or more employees. All regulations cost money to implement within a business, and take time to research and fill out the paperwork; however, not all regulations should be considered restrictive red tape – gender reporting is one of those regulations.

Getting rid of red tape is definitely a step in the right direction. But regulations like gender reporting have merit, especially in a business world that continues to work towards equality, and the benefits in this case greatly outweigh the negatives.

Removing the obstacles to women who work could boost the economy by as much as $25 billion a year, according to the Grattan Institute. Although a majority of men within the financial sector believe that women are well represented, they actually only make up 7 percent of finance sector CEOs. Gender reporting currently, as it’s not mandated, shows that a company is serious about making sure women are represented in the management ranks. But the information provided by this new regulation will give Australia a much more accurate picture of where it is in terms of gender equality, and allow businesses to make the changes to move towards a more diverse workplace.

Prime Minister Tony Abbott’s push for the groundbreaking six-month full salary pay for new mothers has made him one of the foremost feminists in government. He is considered by many to be a feminist, would gain even more respect from feminists by keeping this regulation free from cuts.

Critics of the regulation claim that some companies already disclose gender information, so there’s no need to regulate it. Like with any kind of voluntary information reporting however, those who openly report often have the least amount to hide.

Open access to statistics regarding diversity in the workplace could lead businesses in Australia towards being a leading nation in gender equality, if this regulation passes the round of cuts.