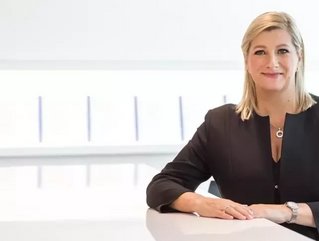 For this month's leadership showcase, Business Chief caught up with Vicki Batka to find out how supporting diversity can bolster Cisco’s business in Asia, and why other companies need to follow suit.

A global brand with a difference

As a global brand boasting over 72,000 staff and a market cap of $207bn, software giant Cisco retains a heavy focus on localisation and supporting the various communities it operates in. As Vice President of Cisco’s Partner Organisation for Asia Pacific and Japan (APJ), Vicki Batka says diversity is the order of the day in recruiting and assigning the best people possible to get the job done.

With 30 years of industry experience, Batka joined Cisco in 2015 to run its data centre business before heading up APJ partnerships. “It was a no-brainer,” she says. “It’s a very diverse kind of culture, which is quite unique in the tech industry.”

The APJ region, spanning Australia and New Zealand, India, Southeast Asia, Japan, Korea and Greater China, is one of Cisco’s most exciting markets. “We have the fastest-growing population, Cisco has a very established footprint of locations, and now we are really driving a diverse range of markets.”

Batka describes Australia as the “canary in the coalmine” thanks to its early adoption of technology and the cloud. “Southeast Asia was so far behind they’ve been able to leapfrog without worrying about legacy technology. It’s a good opportunity from that perspective. It’s quite different to what we see in the US and means tailoring new solutions to our mid-market customers.”

In this way, it’s important for Cisco to establish itself as a local partner. “Each market is growing at a different pace,” says Batka, citing Asia’s oft-uncertain political climate. “We don’t have a one-size-fits-all approach. We actually get the opportunity to adapt and create the right offering. We have a real focus on localisation rather than just translation of product. It’s about what we need to do to take that produce to market and really embrace the growth and opportunity to match market conditions.”

Cybersecurity and data privacy are key areas of interest in the region, with Cisco having recently signed a global agreement with Interpol out of Singapore. “Singapore is really a hub for the Southeast Asia region,” says Batka, “as well as Japan as it prepares for the Tokyo 2020 Olympics and Paralympics.” Collaboration with government helps establish Cisco as a trusted partner in the region, in particular with Cisco’s remote working initiatives. “We’re able to bring our collaboration tools in and work with government agencies on how people can work remotely.”

As a global business, Cisco brings many elements together to find the best solution for any given partner. “We work across a huge ecosystem. We can take best practise, for example from Japan in automotive manufacturing, and be a piece of the solution.”

As Batka highlights, approximately 95% of Cisco’s businesses in the region work through partners and it’s her job to maintain these relationships. “It’s all about connecting people and influencing people to represent Cisco, rather than selling it all direct. Customers are so much smarter and more prepared now. They’ve done their homework and they’re looking for true business partners. Cisco has been around for a long time in Asia, we’re looking at two or three decades of relationships and we can build on that legacy.”

The Cisco Partner Executive Exchange event, involving Cisco’s top 30 partners, took place in Singapore this year. Annually, CEOs meet with Cisco leadership to discuss the future. “We’re not just talking about what we’re doing at Cisco, but what we need to do collectively, how the world is changing and how we need to adapt and transform.”

“I hate to use the expression, but there really is a war on talent,” says Batka. The answer, she feels, lies with both industry and government. “We have a responsibility to go into STEM programmes and help kids even in junior schools to look at technology like coding. The future will be around applications and AI. We need to do more with industries and universities. It’s a challenge in Asia, but we’re doing as much as we can.” Training is offered for budding networkers through Cisco Academy, while the Talent Bridge programme connects students with Cisco partners. “It’s about creating a pipeline, since we don’t know what roles will be available in the future.”

Batka is passionate about supporting the next generation. “Millenials get beaten up a little bit,” she argues. “I’ve heard companies talk about young people being entitled, but actually I think they are willing to be adaptable and try different things.” With rapid digitisation, it’s not always about knowledge but about soft skills like adaptability. “At Cisco, we’re hiring people from very diverse backgrounds, not just technology.”

For Cisco, diversity takes many forms. “Some people just think ‘women’, but for our region it’s also about ethnicity. We’re quite fortunate in Asia: a lot of women work and lead businesses in the Southeast Asia region in particular. But you have other countries where they don’t. All we can do is lead by example. A lot of companies talk about diversity, but Cisco truly believes and demonstrates it.”

Indeed, Cisco is not just all talk but takes action toward tangible results. “We have a diverse mix of strategies to really manage and embrace a diverse workforce. Close to half of Cisco’s leadership team are female. Sometimes it’s a token one or two women – but not at Cisco. We’re benefitting by attracting more female talent into the business and are conscious of having people with an opinion around the table.”

A variety of initiatives at Cisco work on giving people the skills to speak up and share their opinions, from networking and mentoring circles, as well as coaching for women. The Jump programme prepares women for leadership and encourages them to apply for higher roles, and Women Rock-IT publicised women who have challenged stereotypes and become successful in technology roles. In addition, diversity is ensured both among candidates and on interview panels.

From childcare facilities in India to flexible working conditions in Japan, Cisco will really try anything to support hardworking women. “There’s a lot we try and sometimes it’s a leap of faith, but our female employees now have attachment and loyalty to Cisco. They genuinely and passionately want to work here. While some countries talk about having quotas for females, I disagree with this because I’ve been working for a long time and would hate to think I got my job because I was female and had to meet a quota. I want to deserve the role I have. I think after 30 years, Cisco is definitely my home from that perspective because of the culture, the caring nature that we have, not just for people but the community.”

Cultural sensitivity is important in finding appropriate solutions. “In Japan we have the most women on maternity leave and we offer flexibility on their return. You can’t just have childcare facilities at the office because you can’t take a baby on the train in Japan. Other countries have state childcare which is great for them, but not how it is for everyone else.” Personally, Batka feels fortunate to be based in Singapore where domestic help is commonplace. “I don’t know if I could do my job without that support – I have a nine-and-a-half-year-old son and my husband runs his own small business. It really does vary in such a diverse region,” she adds.

Batka is also an active career mentor. “Sometimes it’s just a conversation. Usually, especially when I talk to females, they know what they need to do, they just need someone to listen and help reassure them.” When Batka was promoted last year, Irving Tan, Cisco’s then president of APJ (who is now Senior Vice President of Operations), gathered staff around and presented her with champagne and balloons, and she tries to pass this positivity on. “It’s all about the fun moments. Life’s tough, we work hard, we go through a lot of challenges. The little things, like being recognised amongst your peers, make a big difference.”

At a customer event in Melbourne this year, Batka announced the promotion of Miyuki Sizuyki to helm the role of President of APJ for Cisco, on stage alongside the global head of partnerships, who is also female. “They took a photo of three of us on stage and a lot of females were saying ‘I was inspired by that’. We had 1,000 people at the session and people said: ‘wow, things have changed. Where are all the men?’”

Being a personal mentor gives Batka extra insight into the biggest day-to-day challenges women are facing. “A female will look at a job spec with 10 attributes and say ‘I’ve only got five so I won’t be successful,’ whereas a male might say ‘I’ve got two attributes, I’ll go for it’. I think we see a lack of embracing opportunities in females. Sometimes, you’ve just got to go for it. I spend a lot of time talking to people about how to use their network.”

Communities of the future

This focus on inclusion expands to the communities Cisco works in. “It’s part of our culture to make the world better. When there’s a tragedy like an earthquake, we’re there, flying in equipment and getting the network and phone systems up and running so people can contact loved ones. Cisco is not about showboating – it’s about genuine care for our people, our planet and our partners. We have a sense of purpose and it makes a huge difference. I’ve never known a company with the same community spirit.

“We’re in the best part of the world right now,” Batka adds. “There are so many prospects across APJ and Greater China. The market is shifting. Out here, we get on with things; we don’t play politics. Cisco as a whole is trying hard to demonstrate leadership. In the old days, the IT industry was a boys’ club. Not anymore. We’re here, and we’re different.”

This article was originally published in the July issue of the Asia edition of Business Chief.