Orocobre surges to the top of the industry 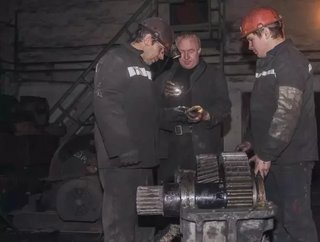 After seven years of planning, developing and constructing, Orocobre’s Salar de Olaroz facility is now ramping up production of high quality lithium carbonate. Their goal is to reach nameplate capacity of 17,500tpa by the fourth quarter of 2015. The enormity of the Olaroz resource, combined with the sustainable practices of the business, support the potential for expansion plans and additional stage developments to occur in line with a growing lithium market demand.

“We have a company which operates based on principals defined and agreed by our management,” said Richard Seville, Orocobre’s Managing Director and CEO. “We have a sense of ownership of what we do, and have the ability to make and take the opportunity.”

Located in the elevated Puna region of Argentina’s north-west province Jujuy, Olaroz is an area of 63,000 hectares of tenements over a salt lake containing high amounts of lithium and potash in brine. The project is well served by surrounding key infrastructure, including sealed roads, high voltage electricity, gas pipelines, and rail access.

RELATED TOPIC: Can uranium provide the next boom for Australia's mining industry?

Construction on the estimated US$229 million project began late in November 2012, with construction taking about 18 months. Approximately 150 employees work on site, and while construction of the facility has been completed, there is some final rectification work being conducted on the lithium carbonate production plant to allow the achievement of the nameplate production rate.

The facility began as a joint venture project built in partnership with Japanese trading giant Toyota Tsusho Corporation (TTC), with the initial agreement beginning in January 2010 and the partnership agreement signed in October 2012. The agreement gave both sides a detailed financing plan set up to secure TTC’s direct participation and support for funding the Olaroz project.

Since then, the two companies have worked closely together to advance the project. In a business where product quality is most important, TTC’s investment provided a strong endorsement of the quality of the Olaroz resource, and the high purity battery grade product produced at the Olaroz Facility… click here to read the rest of this article on Business Review Australia