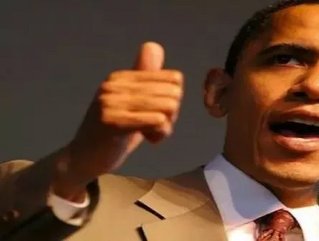 American president Barack Obama made US history and international headlines today when he officially endorsed same-sex marriage. He is the first US president to do so, and he took a stand just six months shy of the November presidential election.

"At a certain point I've just concluded that for me personally it is important for me to go ahead and affirm that I think same-sex couples should be able to get married," Mr Obama told ABC's Robin Roberts in a television interview at the White House today.

The news rang like music in the ears of Australian Marriage Equality campaign director Rodney Croome, who said he sees no reason why Australia shouldn’t follow suit.

"If Barack Obama can support marriage equality in an election year, in a country where support for the issue is lower than in Australia, then our national leaders have no excuses," said Mr Croome in a statement today.

With this news sweeping the globe, the heat is on Prime Minister Julia Gillard – will she join the US and the UK (Prime Minister David Cameron is also a supporter) in the fight for equality?

So far, she says no.

"I've made my position clear and that's the position I'll take into the parliament when ultimately the Bill that has been moved by Stephen Jones, one of the Labour members of our team, comes before the parliament," Ms Gillard told ABC Radio earlier today. “My view's not changing. When a bill comes to the parliament later this year moved by private members... I won't vote for it.”

In Australia, gay marriage is covered by federal law, whereas in the US it is a state issue.

Ms Gillard will likely not have to face voters until 2013.