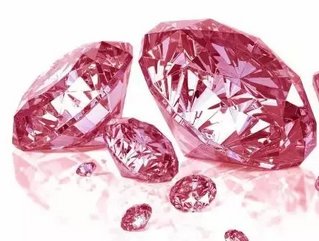 Though the sparkly girl’s best friend will remain a timeless gem, diamonds are failing to bring in the anticipated revenue for multinational mining company Rio Tinto. Currently reviewing its diamond business, Rio Tinto announced owners will consider selling its diamond sector, instead focusing attention on the more lucrative business of uranium, copper and iron ore mining.

News on the development broke Tuesday after Director and CFO Guy Elliot spoke at the Reuters Global Mining and Metals Summit in New York.

"We have a valuable, high quality diamonds business, but given its scale we are reviewing whether we can create more value through a different ownership structure," CEO Harry Kenyon-Slaney said in a statement released by the company.

Industry analysts estimate the sale could bring in as much as $2 billion.

Operating three mines in Australia, Canada and Africa, Rio Tinto’s Argyle mine in the East Kimberly region is best known for its unique, delicately tinged pink diamonds. The open-pit mine is undergoing a $2.1 billion underground expansion and is the largest diamond producing site in the world by volume.

Though Rio Tinto brought in a whopping 11.7 million carats of diamonds last year, the haul accounted for less than 0.1 per cent of the company’s group net earnings.

Diamond prices have been down since July of last year, a direct effect of the flagging European economy. Longer-term dynamics offer a brighter future for the glassy baubles – Indian and Chinese markets are expected to increase demand, ensuring diamonds will remain a favourite adornment of ladies’ necks, wrists and fingers worldwide.