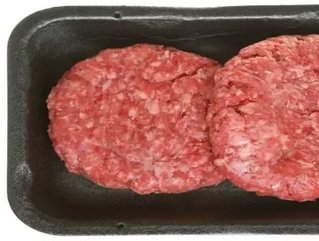 Rest assured, frozen food fans of Australia: although horsemeat appears to be prevalent in “beef” patties and frozen lasagne sold by food companies in France, the UK and Ireland, news.com.au has been directly informed by the Federal Department of Agriculture, Fisheries and Forestry (DAFF) that Australia’s imported meat products undergo “strict certification and government endorsement” to verify that what’s in the product is what’s detailed on the packaging. No surprises here.

"Australia does not import hamburger patties from UK or Ireland, nor do we import lasagne-style meals from France or other EU countries," a spokeswoman told news.com.au.

"There are no reports, intelligence or concerns of meat substitution for meat or meat products imported into Australia."

The EU has not been quite so lucky: according to the latest findings in Food Digital, frozen meal manufacturer Findus tested 18 packages of its beef lasagne and found that 11 contained between 60 and 100 per cent horsemeat, despite being labelled ‘ground beef’ sourced from Austria, France or Germany.

Though Britain’s food minister Owen Paterson dismissed calls for EU meat imports to be banned, he does vow to take action if the issue threatens public health.

"Should this move from an issue of labelling and fraud, and there is evidence of material which represents a serious threat to human health, I won't hesitate to take action," Mr Paterson told The Australian.

Australia isn’t entirely separated from the many scandals associated with the horsemeat trade: according to Eques magazine, two abattoirs in South Australia and Queensland slaughter 40,000 horses per year for human consumption, though all meat is exported. The industry reportedly contributes upwards of $8.5 million to the Australian economy each year.