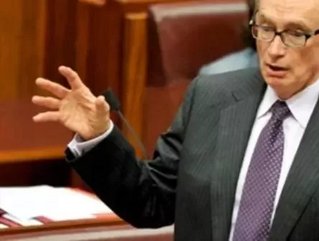 In an effort to pressure Syrian President Bashar al-Assad to put an end to the bloodshed ravaging the country, Australian Foreign Minister Bob Carr announced new sanctions that will further impact trade between the two nations.

In addition to an arms embargo, financial and travel sanctions, restricted or prohibited trade of oil, petroleum, financial services, telecommunications and precious metals will also be implemented.

"The Assad regime continues to show its unwillingness to negotiate a ceasefire and bring an end to Syria's bloodshed,” said Senator Carr in a statement today.

"These sanctions reflect Australia's condemnation of the Assad regime, and our continued efforts to help bring Syria to the negotiating table.”

Australia is also considering sending humanitarian aid to the Syrian people, as a large percentage of the casualties have been civilians.

According to reporting by ABC, at least 116 people were killed as a result of violent attacks on towns across Syria on Saturday. In total, the conflict is said to have killed 14,000 people over the past 15 months.

UN special envoy Kofi Annan’s six-point peace plan, which called for a cease-fire across Syria earlier this year, has been unsuccessful. Last week, Mr Annan reportedly called for Iran to be included in the next attempt to bring peace to Syria, as the nation is a close ally.

The United States and European Union have already enforced their own sanctions on Syria.