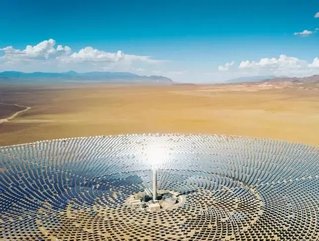 Solar infrastructure owner New Energy Solar has struck a deal a deal to buy a solar power project in Australia, its first asset in the country.

Through the $113mn deal, New Energy will take over the operating 46.7-megawatt Manildra project in New South Wales from a subsidiary of US firm First Solar.

“We have now added a very high-quality, operational asset in Australia to our existing portfolio of 20 power plants in the United States.

“With some of the highest levels of solar radiation in the world, Australia has enormous renewable energy potential and Manildra gives us a strong foothold here.

The project will use thin-film modules from First Solar and is already operating and delivering electricity into the National Electricity Market.

Once fully operational, the facility will sell power and Large Scale Generation Certificates (LGCs) to electricity retailer Energy Australia under a 10-year power purchase agreement, with an option to extend for a further two years to 2030.

New Energy Solar said that the acquisition complements its US assets and represents a new foothold for growth in Australia.

On top of this, New Energy Solar also announced that it had inked a deal with the Clean Energy Finance Corporation (CEFC) for the establishment of a new $50mn acquisition facility.

CEFC CEO Ian Learmonth said: “New Energy Solar’s plans to expand its portfolio with Australian solar farms such as Manildra is great news for investors and for large-scale solar in Australia.

“By working with NEW Energy Solar we’re looking to catalyse further private investment that supports the sector and contributes to the on-going decarbonisation of Australia’s electricity network.”